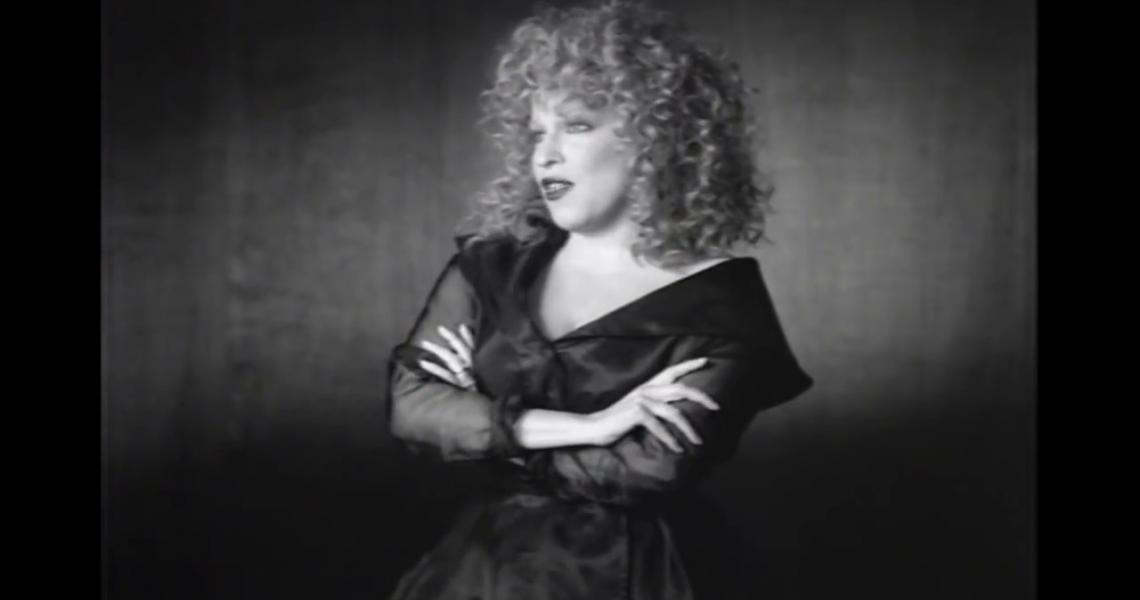 Released in February 1989 as part of the soundtrack for movie Beaches, Bette Midler's "Wind Beneath My Wings" was a massive hit. Big enough to be ranked as the seventh-most popular song of the year by Billboard, one spot head of Milli Vanilli's "Girl You Know It's True," but one tick behind Paula Abdul's "Cold Hearted."

"Wind Beneath My Wings" reached #1 on the Billboard Hot 100 for the week of June 10, 1989. It only held the top spot for a single week, replaced on the following chart by New Kids on the Block's "I'll Be Loving You (Forever)." Let's run down five fun facts about this classic track.

1. It's a cover of a country song that's been sung by dozens of artists
Originally written in 1982 by Nashville songwriters Jeff Silbar and Larry Henley, Malay-born Australian country artist Kamahl was the first to record the song, but never released it. Roger Whitaker, Sheena Easton, Lee Greenwood, and Gladys Knight and the Pips are among those who did release versions of "Wind Beneath My Wings" before Midler covered it. In 1983, Lou Rawls would take his version of the song to #10 on the Billboard Adult Contemporary chart.

2. Bette Midler won Song of the Year and Record of the Year at the Grammys for "Wind Beneath My Wings"
The award was presented by Stevie Wonder (who took off his glasses to "read" the announcement) alongside Anita Baker and Sting.

3. In 1993, Bette Midler performed "Wind Beneath My Wings" with Krusty the Clown on The Simpsons
It got pretty emotional.

4. Midler's version was ranked the #1 most played song at British funerals in 2002
The Co-Operative Group's Funeral Service shared a top 10 list of the most requested pop songs at services across the country. Midler's "Wind Beneath My Wings" was #1. Also on the list: Celine Dion's "My Heart Will Go On" (#2), Whitney Houston's "I Will Always Love You" (#3), and Tina Turner's "The Best" (#4).

5. Bette Midler sang "Wind Beneath My Wings" at the 2014 Oscars
Midler received a standing ovation for her rendition during the tribute to stars who died over the previous year.