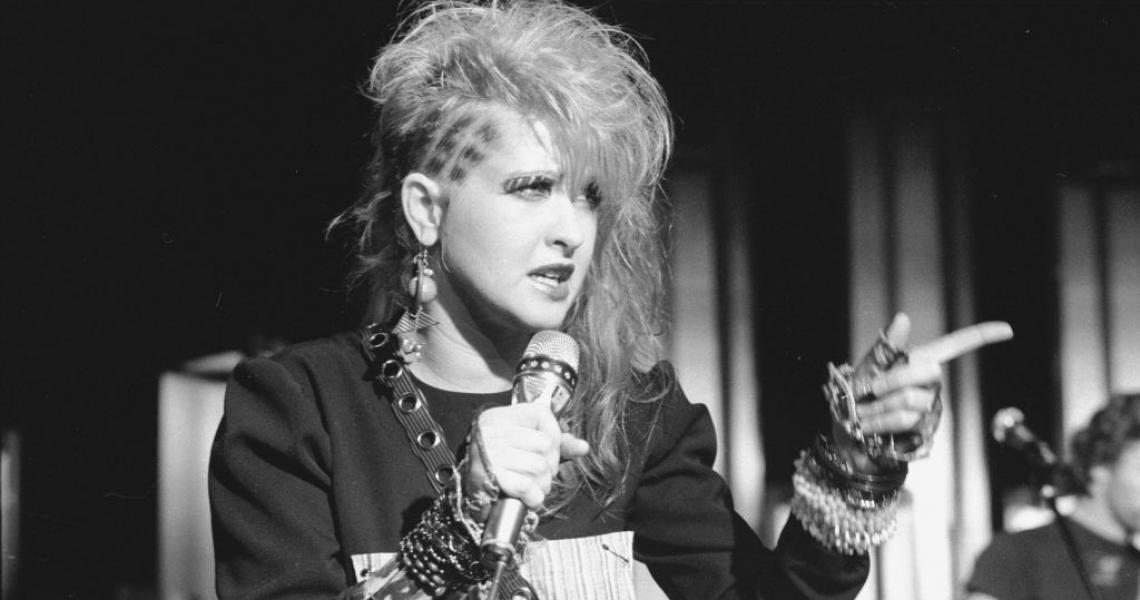 "Time After Time," often heralded as Cyndi Lauper's greatest tune, struck a chord across the nation as she scored her first #1 US hit.

Released in January 1984, the ballad appeared on her debut album She's So Unusual, which would ascend to Top 5 on Billboard's Album chart. Tune in below for five fun facts about the heartbreaking ballad.

In the final stages of preparing She's So Unusual, the album's producer Rick Chertoff stops and says three magical words: 'One more song.' Chertoff built a reputation for suggesting so on many albums, but in this case, Lauper and songwriter Rob Hyman took his advice to heart and sat back down at the piano to conceptualize what would become the album's biggest single.

The inspiration for the song came to Lauper as she flipped through TV Guide magazine and saw an insert for 1979 sci-fi flick Time After Time, starring Malcom McDowell.

As Hyman recalled, "When she saw Time After Time, something clicked - she said, 'I think I have a title.'"

As Hyman and Lauper teamed up to write their first song together, they bashed out their brainstorm at the piano before going straight to the 24-track machine to record.

With a nearly completed album at their side, the pressure was on to record and complete the one last song immediately.

"We were in the studio, we figured, 'All right, we have no time to waste, let's just put it down,'" Hyman reminisced. "The process with all the other songs was, we spent months and months in our rehearsal studio doing various arrangements and demos before we went in the studio. In this case, there was no pre-production. We went right to the tape, and what you hear is our first take on it, which I think added so much to the overall feel of that song, not just the impact as a composition, but the idea that we were capturing that spontaneous feel."

That ain't no crocodile! Lauper finessed her acting skills and turned down the music video director's suggestion to manually wring out a tear as she had faith in her ability to produce waterworks on command. Just as Lauper poured her heart into the song, she carried her true emotions into the music video as she shed a tear on a train at the end of the video.

Jazz giant Miles Davis, too, fell in love with the song and recorded an instrumental cover of the tune in his 1985 album You're Under Arrest.

George Cole, author of The Last Miles: The Music of Miles Davis, 1980-1991, wrote "Miles had always played popular tunes - in the past, tunes such as 'My Funny Valentine' and 'If I Were A Bell' were part of his repertoire - and when Miles heard the Cyndi Lauper track, he just fell in love with the melody. In fact, Miles played this tune in almost all of his concerts from 1984 until just before his death in 1991."

When asked how she felt about Davis' homage, Lauper shared with The Sun, "I mean, it's Miles. Wow. Mindblowing!"