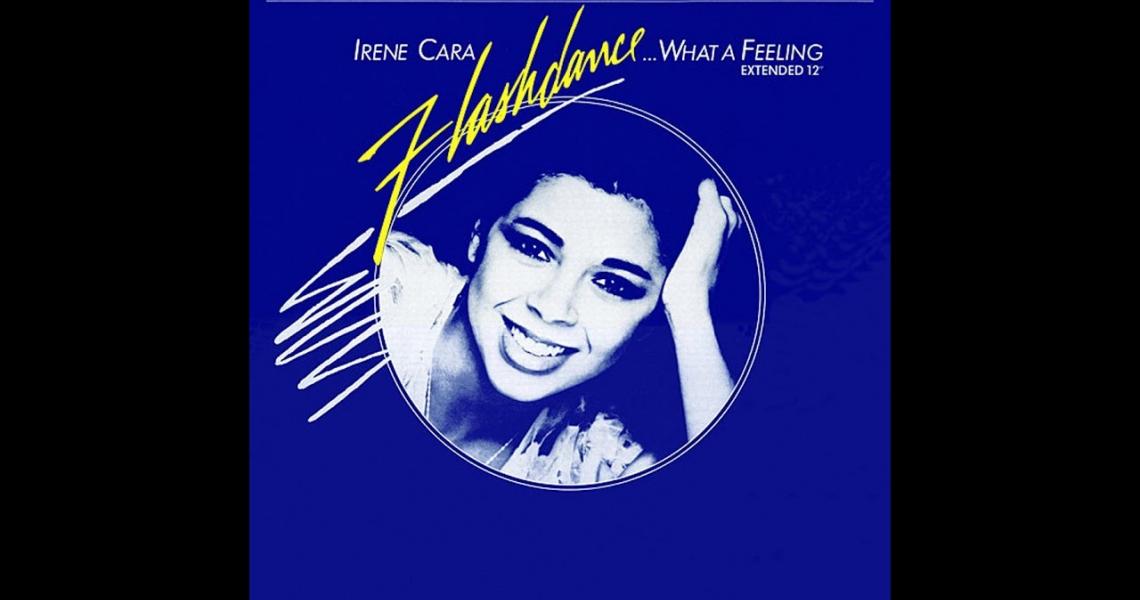 It was the weekend of April 15, 1983, when the movie Flashdance debuted on movie screens across the country. Despite a rash of negative reviews, the film was a surprise hit, leaping to #1 at the box office over its second weekend in wide release (it came in #2 opening weekend behind Chuck Norris flick, Lone Wolf McQuade). With only an $8 million budget, Flashdance reeled in $100 million at the box office, making it the third-biggest movie of 1983 behind only Star Wars: Return of the Jedi and Terms of Endearment.

Just as popular was the movie's soundtrack, topped by theme song "Flashdance, The song was the product of some heavy-hitters in the movie music world: singer Irene Cara of Fame co-wrote the lyrics with Keith Forsey, who has such hits as Bob Seger's "Shakedown" and Simple Minds' "Don't You (Forget About Me)" to his credit. Handling the music and production: disco legend Giorgio Moroder.

Released as a single on April 3, 1983, "Flashdance... What a Feeling" danced its way up the charts, peaking at #1 for the week of May 28, 1983. The song retained the crown for a month and a half, finally falling to the Police's "Every Breath You Take" in early July.

"Flashdance... What a Feeling" would clean up come awards season, taking the prize for Best Original Song at the Academy Awards and the Golden Globes, as well as Best Female Pop Performance at the Grammys for Cara.

While "Flashdance... What Feeling" famously kept UK sensations Culture Club's "Time (Clock of the Heart)" from hitting #1 in America, Rod Stewart's "Baby Jane" blocked Cara's "Flashdance" from topping the charts in England, where it stalled at #2.

At year's end, Billboard ranked "Flashdance... What a Feeling" as the third most popular song of 1983, just behind the Police's "Every Breath You Take" and Michael Jackson's "Billie Jean."