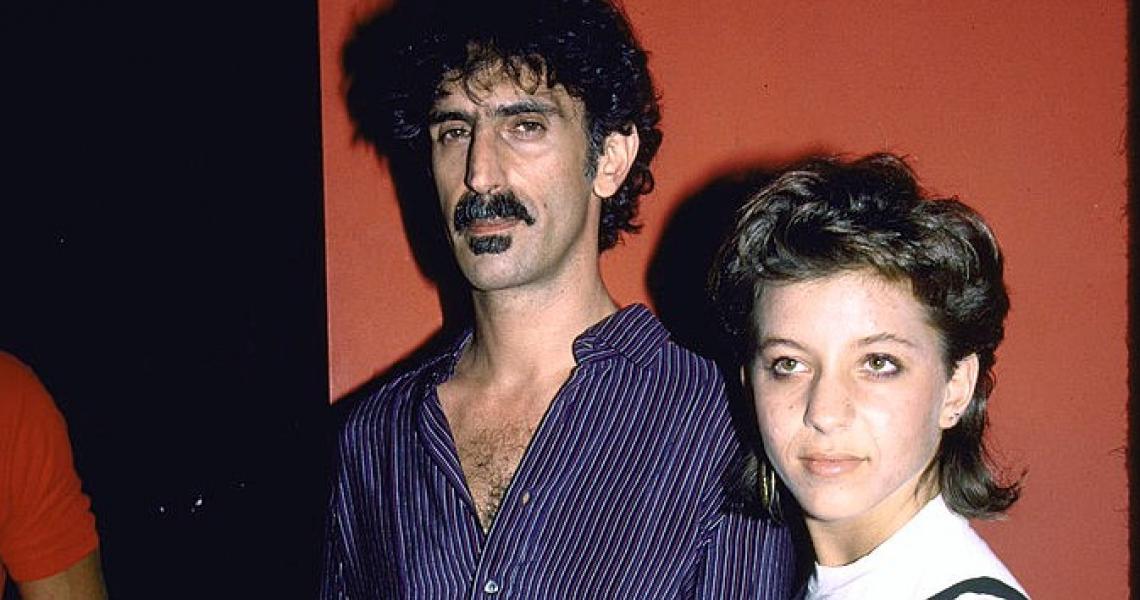 It was the summer of 1982. Fast Times at Ridgemont High was set to signal a zeitgeist shift in pop culture when it arrived in August of that year. A new way of speaking was emerging from Southern California, and music legend--with a vital assist from his then-14-year-old daughter, Moon Unit Zappa--would be the ones to bring it to the masses.

Released as the one and only single from Zappa's 1982 full-length, Ship Arriving Too Late to Save a Drowning Witch, "Valley Girl" exploded across the country after the song was played in heavy rotation on wildly influential L.A.FM radio station, KROQ. Frank Zappa had slipped the station an advance copy of the tune, and the move paid off.

"'Valley Girl' is innocuous enough that they'll play it," the elder Zappa explained in CREEM magazine. "They figure everyone will just have a little laugh and that's it. No real information is conveyed. There is definitely an anti-information syndrome as far as radio is concerned. No real content is ever allowed on the airwaves anyplace." KROQ, however, got a pass: "I would hate for it to become another service, freeze-dried to other stations," he was quoted as saying at the time.

The song was a combination of a old guitar riff Frank Zappa had been playing at soundcheck for a while with this interesting new way of speaking he'd heard about from his daughter. She supplied the vocals and the stream of "Valley Girl" consciousness lingo that powered the tune.

"The worst thing about that record is the fact that nobody really listened to it," he said in an interview with Josef Woodard. "The whole coverage of the song barely mentioned what the song was really saying, that these people are really airheads." In another interview, Zappa was even more scathing: "It just goes to show that the American public loves to celebrate the infantile. I mean, I don't want people to act like that. I think Valley Girls are disgusting."

"I had no idea it was going to be such a big hit. I just wanted to spend some time with my father," Moon Zappa shrugged to People magazine at the time, explaining how the track came about because she wanted to spend more time with her dad. "I would go to bar mitzvahs and come back speaking Valley lingo that everyone at the bar mitzvah was speaking, and the song came out of that... He wrote the song and then he asked me if I would improvise over what was already recorded and just do tracks of just straight talk. And so I just babbled on about my toenails and bondage and whatever else."

Moon Zappa had a very interesting observation about the song's popularity to CREEM: "I don't want to be recognized. But I feel I know what it's like to be a handicapped person now. You know, when you go by someone in a wheelchair you kind of stay away."

The track peaked at #32, making it the one and only Frank Zappa song to crack the top 40. When Moon Unit Zappa performed "Valley Girl" on Solid Gold, it still stands as one the greatest TV show lip-sync performance of all-time.