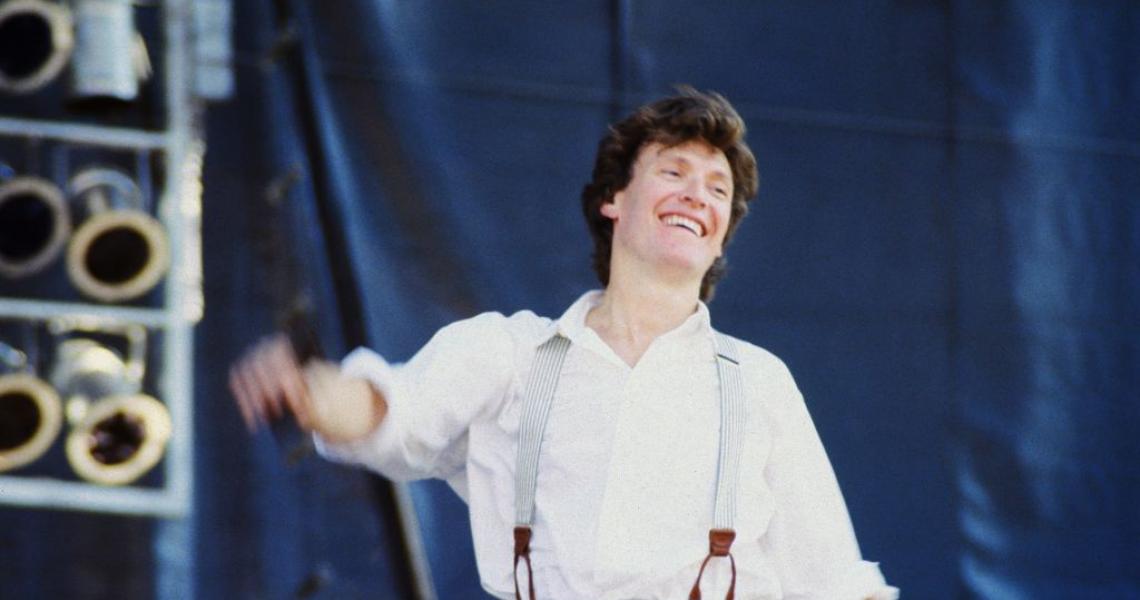 It took music legend Steve Winwood almost 40 years to really figure it out. After his third solo album, Talking Back to the Night (1982) didn't perform as well as he'd hoped, Winwood decided to really embrace the concept of being not just a musician, but an entertainer.

“This is probably a recent thing that I’ve realized, about music being entertainment,” he told Rolling Stone in 1988. “I had a choice to go a couple of ways. If I was to say, ‘Well, I’m a musician, I’m not an entertainer,’ then I have no business going onstage with lights and trying to look … I should be in the back doing the music, and somebody else should be out front. So you have the choice. You have to decide which way to go. I thought about it long and seriously, and I thought that if I sing songs to people, you can’t deny it, you’re an entertainer. It’s not just ‘I’m entertaining them’ but ‘I am actually an entertainer.’"

The fruits of this revelation was 1986 full-length, Back in the High Life. The album soared to #3 on the charts and spawned a serious of hits. Winwood followed that effort with the Roll with It album in 1988, which raced right to #1.

The lead single and title track, "Roll with It," was an immediate smash, topping the Hot 100 for the week of July 30, 1988. The song held the top spot for four weeks straight. It finally fell to George Michael's "Monkey" at the end of August 1988.

The high energy pop song caught the attention of Motown Records, who felt the tune sounded a lot like the 1966 track, "(I'm A) Road Runner" by Jr. Walker & the All Stars (the song was released on Motown subsidiary, Soul Records). When Motown took legal action against Winwood and fellow songwriter Will Jennings, the courts agreed. BMI added Motown songwriters Holland-Dozier-Holland to the song's credits.