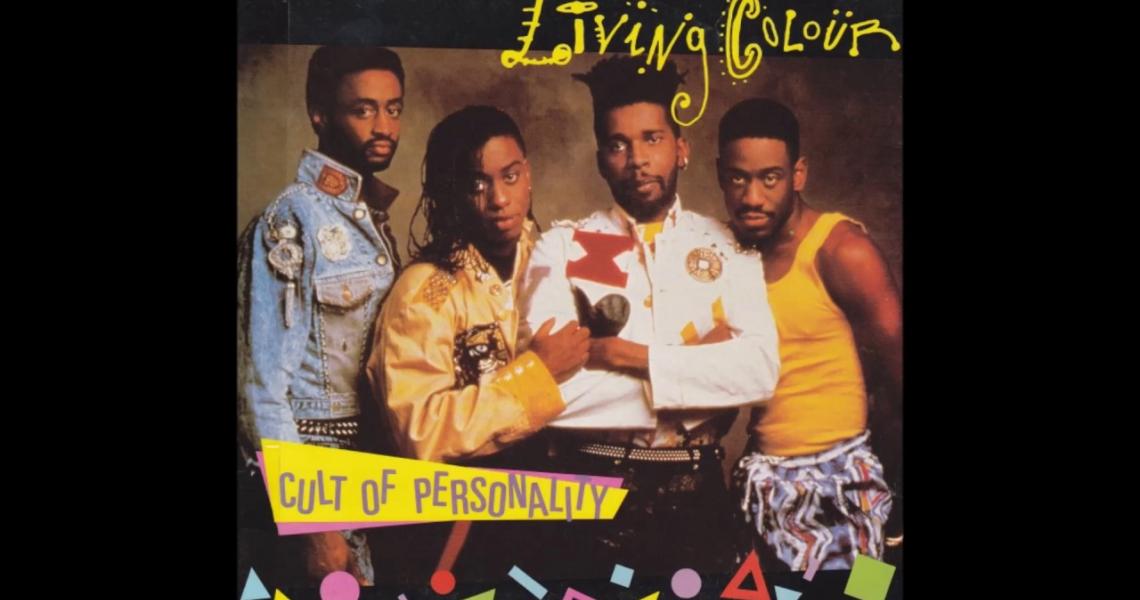 Living Colour made a splash on the rock 'n' roll scene in the summer of 1988 as the four-piece group's breakthrough song "Cult of Personality" exploded in the world of hard rock music.

Fueled by a thunderous opening riff and a following frenzy of drums and bass, "Cult of Personality" all but shocked the rock community with its groundbreaking, fresh blend of hip hop, punk, funk, free jazz and metal.

“Rock music was made by white people at that point," shared the band’s former co-manager Roger Cramer to The Ringer.  “It was the heyday of the hair band. And Living Colour came along and could play and sing circles around those bands. But they were black.”

Led by frontman Corey Glover, the American band - consisting of guitarist Vernon Reid, drummer Will Calhoun and bassist Muzz Skillings - picked up gigs around New York City during the mid-'80s, including regular appearances at Lower East Side hotspot, CBGB, which solidified the group's eclectic artistic pursuits into an undeniably, distinctive style.

Despite the band's growing following in the Big Apple and the bandmates' proven chops, Living Colour struggled to land a record deal for years. As Calhoun attested to The Ringer, he had been told "It's not gonna happen" more often than not.

“One of the most frustrating things,” Calhoun said, “is the ignorance of people who will not admit or deal with the fact that black people invented rock ’n’ roll.”

It was around 1987 that Reid landed a gig playing rhythm guitar during Mick Jagger's sessions for his 1987 release Primitive Cool - an opportunity that resulted in Jagger attending a Living Colour show in person. Jagger left the show so utterly blown away that he spent the following week producing the band's demo tape and promptly convinced Epic Records to sign the band.

“In a very singular way, Mick Jagger is rock’n’roll,” Reid reminisced on the band's beginning days. “We had even been considering the possibility of making records independently, but Jagger’s belief in us opened lots of doors.”

Despite the bittersweet reality of finally landing a coveted recording contract, mostly due to the personal recommendation from one of rock 'n' roll's greats, Living Colour hit the ground running - no, sprinting, with a song they had already pieced together for such a long awaited opportunity.

Born out of a guitar riff at a Brooklyn rehearsal, "Cult of Personality" emerged as the second single on Living Colour's debut album Primitive in July 1988, challenging both the racial norms of the rock world while simultaneously questioning the political celebrity of historical figures.

Sampling speeches from John F. Kennedy, Malcolm X and Franklin D. Roosevelt, “Cult Of Personality"  soared to Top 20 on the pop charts while snagging a Grammy for Best Hard Rock Performance in 1989. band's celebrity, but on a political level,” Reid explains.

“It asked what made us follow these individuals who were larger than life yet still human beings," Reid recalled. "Aside from their social importance, Malcolm X and Martin Luther King both looked like matinee idols. That was a strong part of why their messages connected. Even now it’s why Barack Obama has that certain something.”

As the song shot to MTV fame (while scoring MTV awards for Best Group Video and Best New Artist), "Cult of Personality" cemented what the four bandmates had fighting to prove all along - that they unmistakably played rock 'n' roll - and they did so damn well.