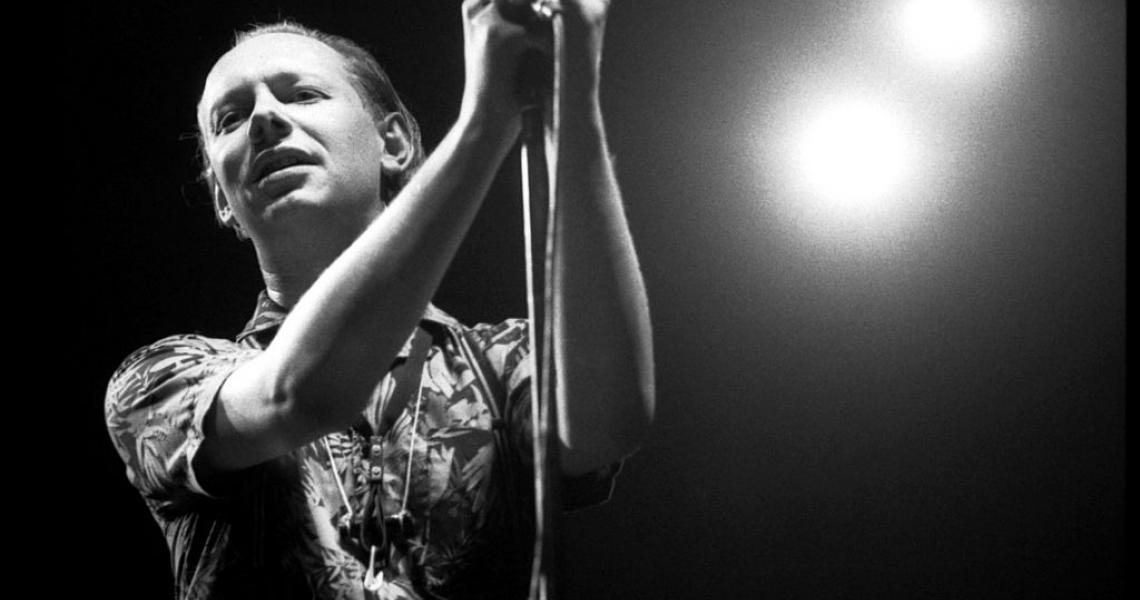 Joe Jackson came to prominence in the same wave of punk and New Wave styles that propelled his fellow Brits in The Police and Elvis Costello and The Attractions to fame in the late '70s and early '80s. But his biggest hit - bigger than almost anything either band released at the time - was as American as apple pie.

Of course, Jackson had little interest counting himself among the angry young men of the British rock scene. For one, he composed not on a guitar but piano, backed by a tight quartet that blasted each of his compositions with shots of boundless energy. He first gained attention in the States in 1979 with a cockeyed ode to failed romances, "Is She Really Going Out with Him?" - but after three rock-oriented albums, his fourth, 1981's Jumpin' Jive, consisted of early 20th century swing and blues numbers.

Having endured losses both personal and professional (his band and a marriage broke up around the start of the '80s), Jackson moved to New York City and found himself a new home. It in turn inspired 1982's Night and Day, his fifth album, a hazy song cycle inspired by the city's sounds and nightlife. Jazz, salsa and pop were represented in the grooves, with powerful songs that addressed the tackiness of culture ("T.V. Age," "Cancer"), the intricacies of relationships ("Breaking Us in Two," "A Slow Song") and even the role of masculinity in the modern age ("Real Men").

But it was "Steppin' Out," the closer of the album's first (continuously sequenced) side, that leapt out of speakers everywhere. Jackson performed nearly the entire song himself, programming the rhythm tracks on a drum machine and adding layers of New Wave-inspired keyboards and a Gershwin-style piano lick.

"I'm not a nostalgist," Jackson asserted to The New York Times that year. "Since I wasn't born until 1954, how could I be nostalgic for a time I never lived in? The music I make is for the moment - for 1982." Indeed, the song became one of the year's most recognizable hits - and far and away Joe's biggest chart success. It peaked at No. 6 on the Billboard Hot 100 on Dec. 11, 1982  - the same week Toni Basil's "Mickey" took the top spot - and garnered Jackson a pair of Grammy nominations, for Record of the Year and Best Male Pop Vocal Performance.

Ever the musical chameleon, Joe often refused to play "Steppin' Out" exactly the same way it was on the record - until 2019, when he did exactly the opposite, pulling out the same drum machine he used to recreate the track exactly.