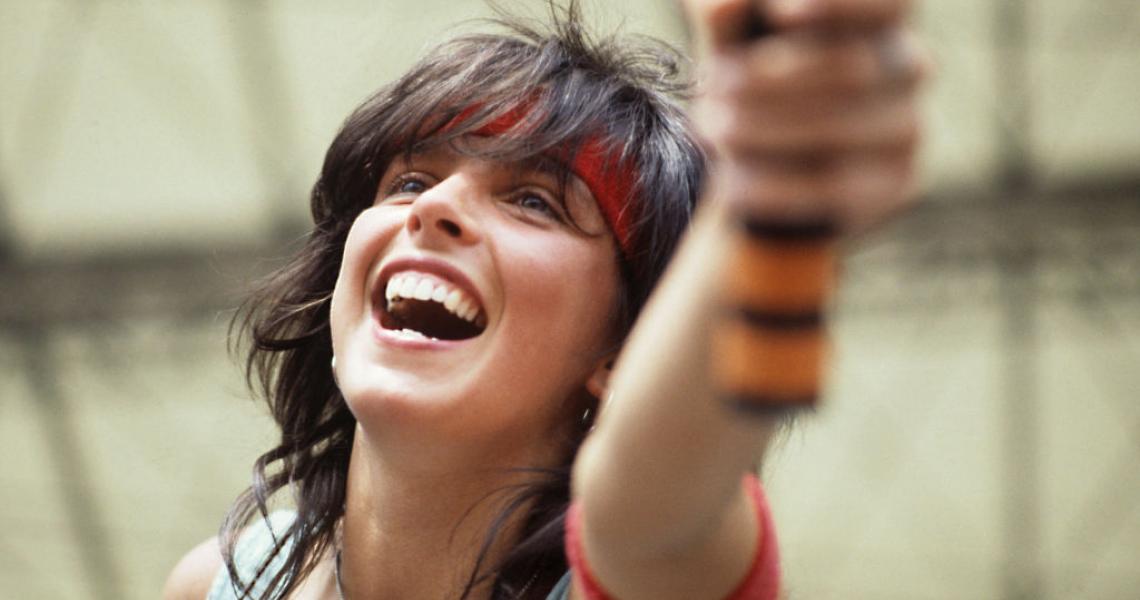 Nena was just another aspiring German rock band when the group released its self-titled debut album on January 14, 1983. The album's lead single, "Nur geträumt," gained a little momentum after the band performed it on German TV show, Musikladen, in May of 1982, months before the album would see the light of day.

The album's second single, however, would prove to be the charm. Thanks to pioneering Los Angeles DJ Rodney Bingenheimer playing the tune on KROQ-FM, "99 Luftballons" started to pop up on radio playlists across the country. It developed into a breakout hit, soaring to #2 on the Hot 100 over the week of March 3, 1984. This would happen in spite of the song's somewhat complex lyrics being sung entirely in German. The track that would keep it from the top spot: Van Halen's "Jump."

How Bingenheimer even discovered the song is the stuff of legend: German singer, author and actress Christiane F. was a guest on his show when the movie adaptation of her life--Christiane F.--had its premiere in Los Angeles.

“I asked her what was happening in Germany, what’s the latest trends,” the DJ recalled to the NY Times. She attempted to play a song by her boyfriend's band—Einstürzende Neubauten—but cuing up a mixtape cassette, landed on “99 Luftballons" instead.

“This was before we had a cassette player in the studio,” Bingenheimer remembered. “She held the boombox up to the microphone. After she played it, people were calling up.” Getting his hands on an import copy and putting it in heavy rotation, the song's chart ascension began.

"99 Luftballons" was inspired by Nena guitarist Carlo Karges watching Mick Jagger release a sea of helium-filled balloons at a Rolling Stones concert in West Berlin. The image prompted the band to pen the tune, which is about an innocent red balloon crossing into a country's airspace, inadvertently causing a world-ending nuclear apocalypse.

“I said, ‘I want to sing it right away.’ We did the song in one hour,” Nena told the New York Times in 2016. “And then we decided to release it as a single in Germany. Our record company said please don’t do that, there’s no chorus, it’s not commercial enough. But we were all so touched by the song.”

While the song was later translated and rerecorded in English, it's the original German version that charted the highest, and remains the most beloved.

Now a popular karaoke song around the world, Nena the singer has some words of advice for anyone attempting the tune in public: “Take a deep breath before you start. And switch from the English to the German version.”