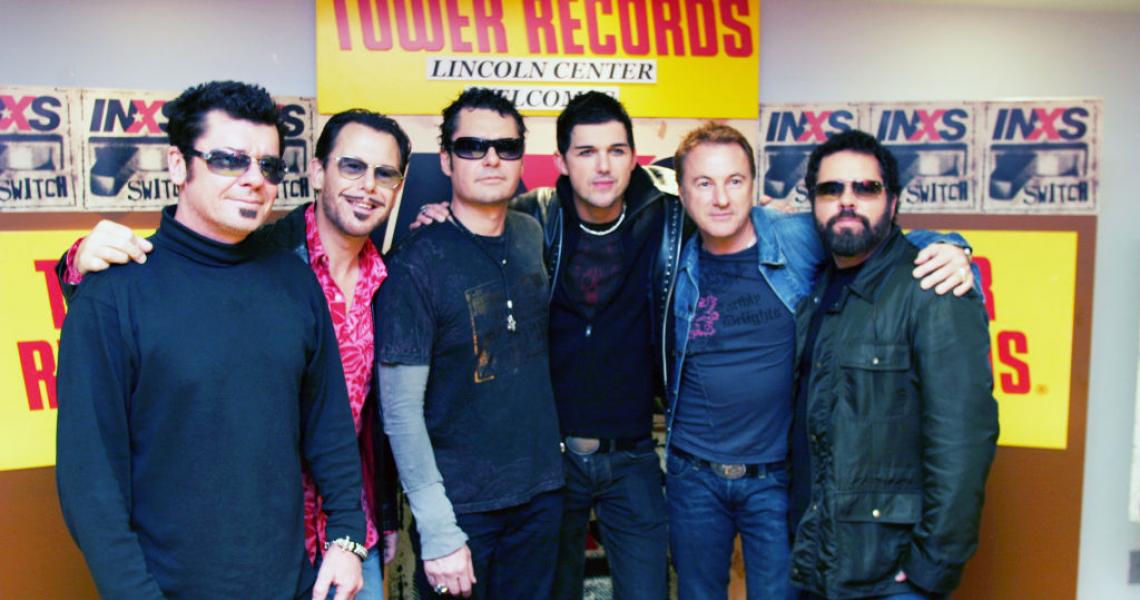 In the summer of 2005, one of the most popular Australian bands of all time attempted to replace their deceased lead singer using a TV format that was all the rage: a reality show.

When INXS frontman Michael Hutchence died on Nov. 22, 1997, it seemed likely that the world had seen the last of the band, if only because it was damned near impossible to imagine INXS without Michael Hutchence. This is not in any way to dismiss the contributions to the band by the Farriss brothers (Andrew, Jon, and Tim), Garry Gary Beers, and Kirk Pengilly, which were undeniably tremendous and plentiful, but it’s simply impossible to overstate what Hutchence brought to the band with his vocal prowess, stage presence, and – let’s face it – straight-up sexiness.

What’s often forgotten, however, is that INXS did not, in fact, simply fade away in the wake of Hutchence’s death. In 1998, they performed two songs at the Mushroom 25 concert with Jimmy Barnes as lead singer, and in 1999 they headlined the opening of Sydney’s Stadium Australia, with vocal duties handled by none other than Sananda Maitreya, then known by his familiar stage name of Terence Trent D’Arby.

(We don’t know why this pairing didn’t go the distance, because they sound amazing together, but – call us crazy – we suspect it maybe could’ve had something to do with ego.)

Then in December 2000, INXS did a concert featuring two vocalists – Suze DeMarchi and Jon Stevens – after which Stevens stuck with the band, officially being named their new lead singer in 2002. For better or worse, this pairing only lasted through October 2003, at which point Stevens went solo, and even though the band had gone into the studio with him, they only managed to release a single track in this incarnation: “I Get Up.”

Fast-forward to 2005, when it was announced that Mark Burnett, the man behind CBS’ Survivor, had been approached by INXS with the idea of searching for a new singer with a reality show.

”After Michael died, we wanted to search the world for a new singer but didn’t know how we could effectively do that,” guitarist Tim Farriss said in a statement at the time. ”By having Mark…embrace the concept, we’ve now found a fantastic way to make that happen.” (Added Burnett in the same statement, “I am a longtime fan of INXS and feel very fortunate that INXS approached us with this idea and have entrusted us with their future.”)

Lasting from July 11 through Sept. 20, 2005 and hosted by Brooke Burke and Dave Navarro, the series known as Rock Star: INXS started out airing three episodes a week on CBS – a half-hour behind-the-scenes episodes on Monday, a one-hour performance episode on Tuesday, and a half-hour elimination episode on Wednesday – but the behind-the-scenes episode soon jumped to Sundays on VH-1. On the other hand, as the series picked up ratings momentum, the Wednesday episode expanded to an hour in length.

Do you remember all of the 15 finalists? Of course you don’t. In fact, right now, unless you’re a hardcore INXS fan, you’re probably struggling to even come up with the name of the winner. But they were, in order of elimination: Dana Robbins, Wil Seabrook, Neal Carlson, Daphna Dove, Heather Luttrell, Tara Slone, Brandon Calhoun, Jessica Robinson, Deanna Johnston, Ty Taylor, Jordis Unga, Suzie McNeil, Mig Ayesa, Marty Casey, and – wait for it – J.D. Fortune.

Yes, that’s right: J.D. Fortune became the new lead singer of INXS, and the band promptly recorded a new album with Fortune (Switch, released later that year) and went on tour. The album climbed to No. 17 on the Billboard 200 and the single, “Pretty Vegas,” went gold. Shame about the way things went after that, but...that’s a topic for another time.