How Phil Collins Helped Howard Jones Get a Smash Hit 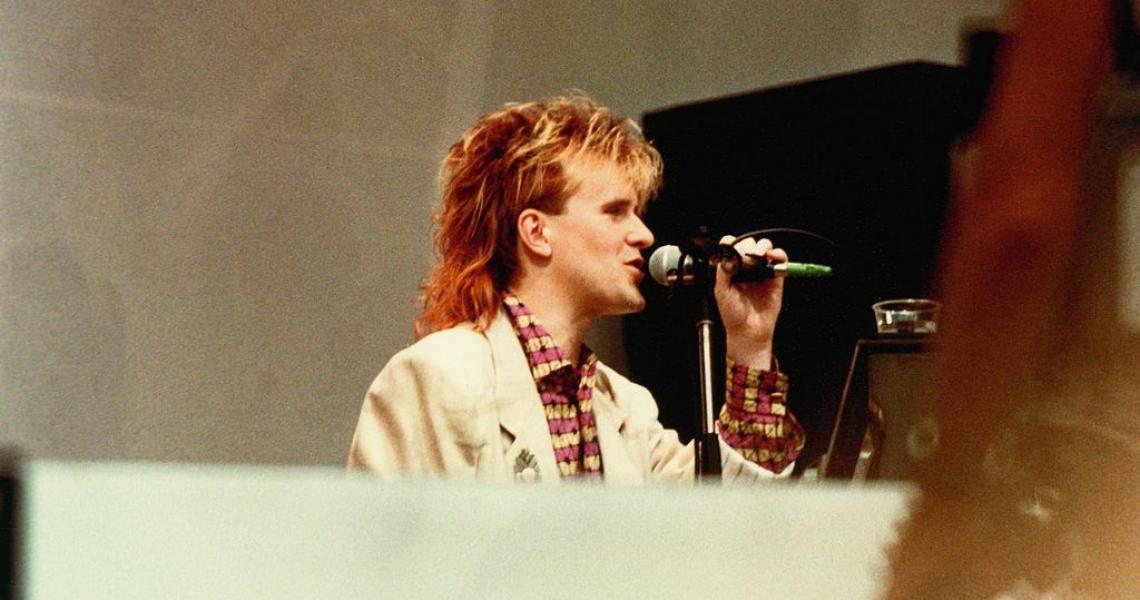 On March 24, 1986, Howard Jones released the single that would take him higher on the Billboard Hot 100 than he’d reached before or - as of this writing - has ever reached again. But it might never have happened without a little help from Phil Collins.

Did we say a little help? Make that a lot of help...as in a complete re-recording of the song in question for its release as a single.

Written by Jones himself, “No One is to Blame” made its debut on his 1985 studio album Dream Into Action, an LP which was produced by Rupert Hine. So how did it end up getting a re-do with a new pair of producers a year after the fact?

“The way I remember it was that I always thought the song could’ve been done in a more obvious radio-friendly way,” Jones said in a video interview with Cherry Red Records. “Now, I never had any problem with that, because I am Mr. I-Love-Radio. I want to be on the radio. I don’t really care about how many millions of records you’re selling. I want to be on the radio, because everyone can hear you on the radio! So I’ve never had any of those inhibitions about selling out!”

Having worked together at a Prince’s Trust Concert, Jones asked Collins if he’d “fit him into his schedule,” and once he did, Jones, Collins, and engineer Hugh Paghdam knocked out the new version over the course of two weekends, with Jones spending one of those weekends working on the two-bar loop that’s the hook of the song, so that Collins could have something to play drums to.

“I did the piano part in one go, and they were just, like, ‘Blimey!’” Jones told Cherry Red, laughing. “Literally, it was one take. But for me, if I’m gonna make a record with Phil Collins, I’d better be on it!”

The end result was exactly what all parties concerned had hoped it would be: Jones scored a big hit single in a number of countries, with the song rising to No. 4 on the Hot 100 (and to the top of the Adult Contemporary chart), No. 4 in Australia, No. 16 on the U.K. Singles chart, and No. 21 on the Italian singles chart.

Alas, it would be the last time Jones saw the US top 10, but he didn’t disappear altogether: he made his way back into the top 20 later in ‘86 with “You Know I Love You...Don’t You?” and found his way there again in 1989 with “Everlasting Love.” And just for the record, he’s still making new music even now!