How Ozzy Osbourne Got Fans All Aboard His Solo Works 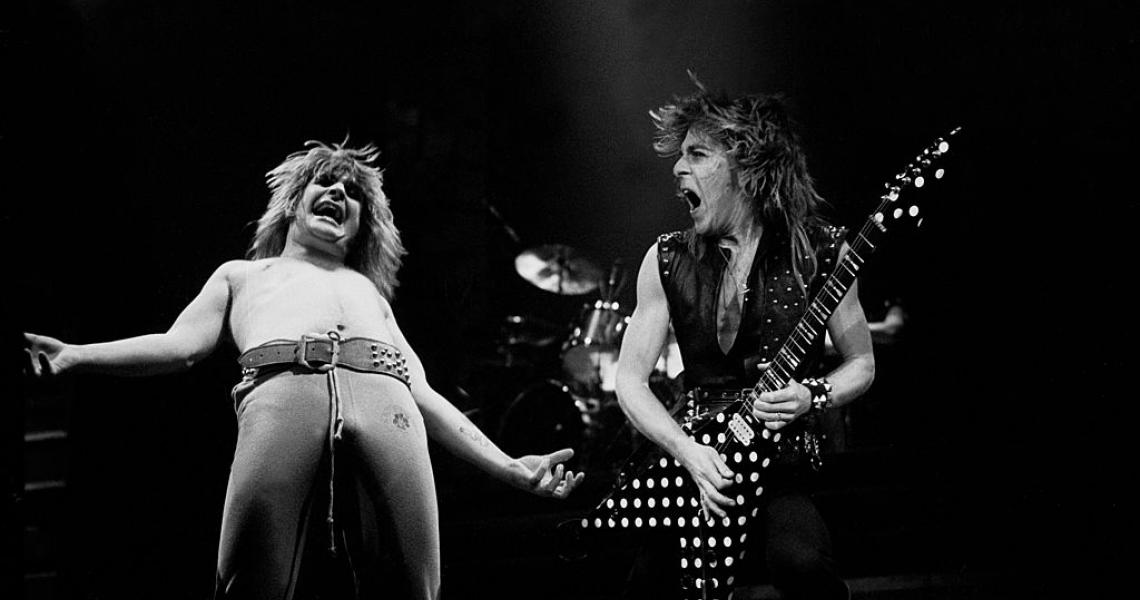 Embarking on a solo career is never easy - even for Ozzy Osbourne.

The former Black Sabbath frontman was unsure of how to best proceed with his career after exiting the band. "My thinking was 'This is my last party, because after this I'm going back to Birmingham and the dole,'" he later told Classic Rock. That all changed with the first recruit into his new solo band: an endlessly talented guitarist named Randy Rhoads.

The California-born Rhoads had been struggling to gain attention for his band Quiet Riot (who'd ironically release the first metal album to top the U.S. charts long after his exit) when he agreed to meet Osbourne in a studio. Ozzy's new manager Don Arden - and his tenacious daughter Sharon, whom Ozzy would later marry - were trying to surround him with powerful talent, and Rhoads' virtuoso playing fit the bill. Osbourne later recalled being blown away by Rhoads' skill, wondering if he was hallucinating from inside the control room. Unfortunately, he likely was: Rhoads later maintained that he never met Ozzy at the audition because the singer was too intoxicated to leave his chair.

Regardless, Rhoads (along with ex-Rainbow bassist Bob Daisley and former Uriah Heep drummer Lee Kerslake) made a powerful band for Osbourne to sing with - and Rhoads' endless bag of guitar tricks, from tremolos to tapping, fueled an incredible batch of songs like "Mr. Crowley" and the riff-heavy "Crazy Train," which Osbourne credited with helping change his style within the lines of traditional metal. "One day Randy came to me and said that most heavy metal songs are written in an A to E chord structure," Ozzy later recalled. "He said, 'Let's try to change that'...so we made a rule that almost every number that we recorded on an album was never played in the same key."

Ozzy intended to credit his album to Blizzard of Ozz, but the 1980 album instead became an Ozzy solo project under that very name. It reached the Top 10 in Osbourne's native England and sold five million copies in America alone. Follow-up Diary of a Madman, Osbourne's favorite of his solo albums, was also a hit, selling three million copies in the U.S. and spinning off a rock radio hit, "Flying High Again." But tragedy would soon strike: on March 19, 1982, Rhoads took a small plane with Osbourne's tour manager and makeup artist; an attempt to buzz their nearby tour bus resulted in the plane losing a wing and crashing nearby, killing all three.

Osbourne would, of course, record with other band members - but he always kept the memory of Rhoads (recipient of the Rock & Roll Hall of Fame Award for Musical Excellence in 2021) alive: the live album Tribute, released in 1987 and featuring concert recordings with Rhoads, became Ozzy's second Top 10 album in America.