How The Doors Greatest Hits Made Them Hot Again in 1980 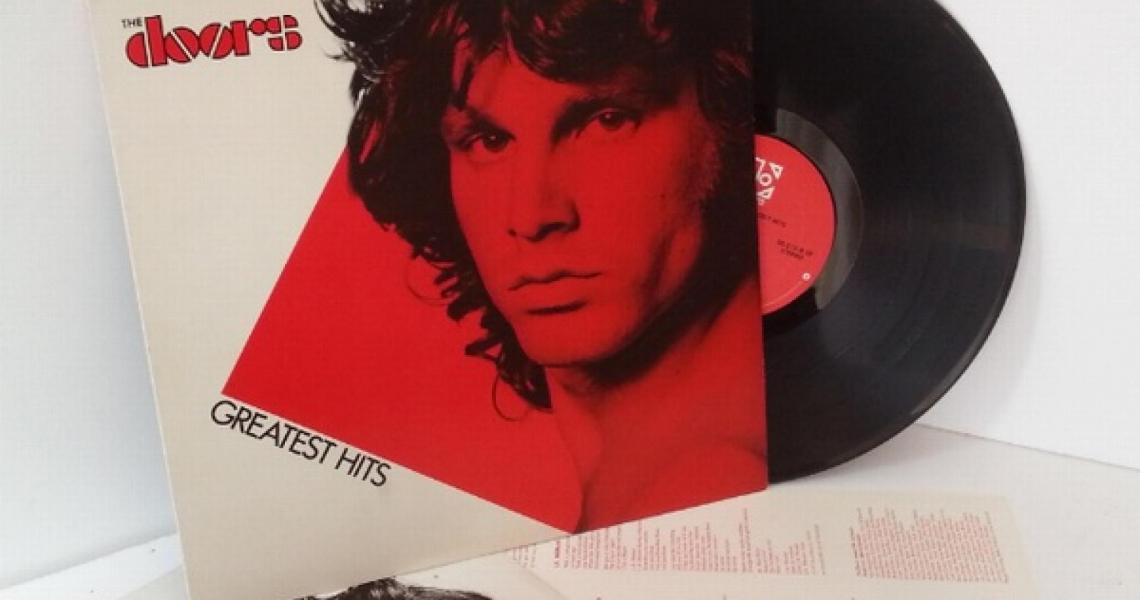 In October 1980, Elektra Records released The Doors Greatest Hits. Never mind that legendary singer Jim Morrison had been dead for almost a decade. The band had been launched back into public consciousness with the stunning opening sequence of 1979 movie Apocalypse Now, featuring the group's epic track, "The End." Compounded by this greatest hits release as well as the 1980 publication of Morrison biography, No One Here Gets Out Alive, the Doors were suddenly one of the hottest acts of the year.

“It’s amazing,” then vice-president of public relations for Elektra/Asylum Records Bryn Bridenthal, told Rolling Stone in 1981. It's a legendary issue of the magazine, featuring Morrison on the cover next to the provocative tag line, "He's hot, he's sexy, and he's dead."

“The group is bigger now than when Morrison was alive," Bridenthal added. "We’ve sold more Doors records this year than in any year since they were first released.”

Elektra also had the bright idea of dropping the price on the Doors' entire catalog in 1980 from $8.98 to $5.98, inspiring new fans to go back and check out the original LPs. The band's renewed popularity found them in regular rotation on FM rock radio stations across the country right next to the biggest acts of the era.

“The Doors sound perfect next to Van Halen,” said Hugh Surratt, music director of KMET in Los Angeles at the time. “We treat them as a very viable part of our programming. It’s amazing a band like that has gone on for so long. It’s as if they’re still recording. It says something for their durability and for the cyclical nature of things. Everything comes back around.”

The greatest hits collection condensed the band's output down to ten essential tracks, making the release a powerful testament to the Doors' creative powers. From "Hello, I Love You," through "L.A. Woman," the album still stands among the best-selling in the history of recorded music.

The response was a lot to take in, especially for the surviving members of the band. John Densmore talked about signing autographs for teenagers back in 1980.

“About three years ago, my nieces in Boston — who were about thirteen — told me that their classmates were into the Doors,” Densmore he told Rolling Stone. “It isn’t like it stopped for ten years, but in the last few years, it’s a big business again.”

The greatest hits album's enduring popularity found it re-released on compact disc in 1996 with three additional tracks: "The End," "Love Her Madly," and "The Ghost Song." "Not to Touch the Earth" was taken off the re-release to make room.