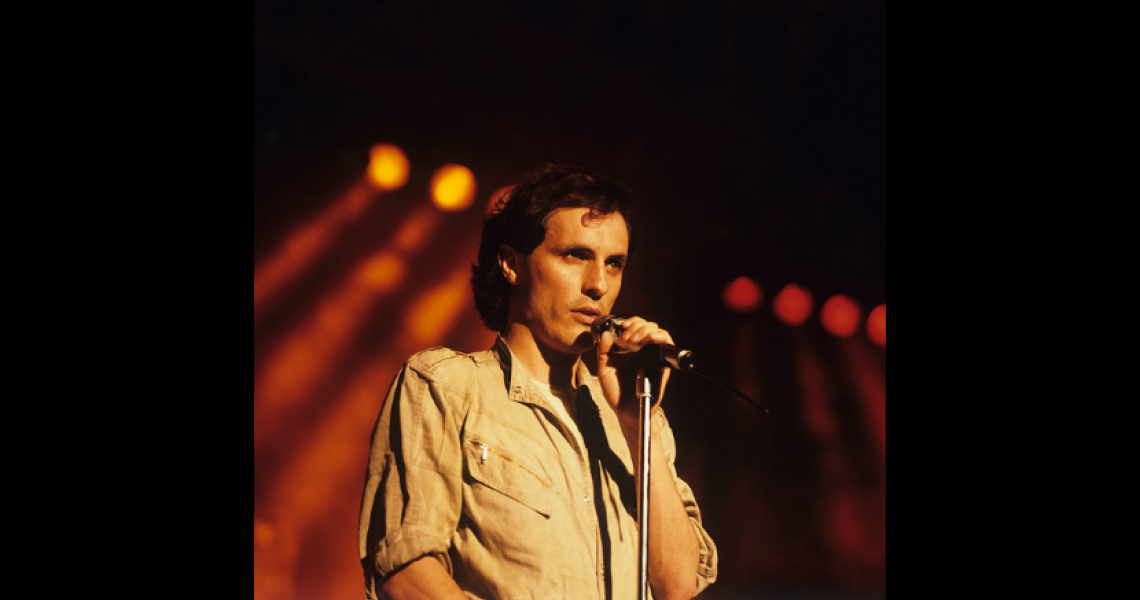 Peter Schilling is one of those artists who practically defines the term “’80s artist,” if only because it’s the decade in which he had his first big U.S. hit, his second not-as-big U.S. hit, and...that’s it. Mind you, Peter Schilling didn’t just suddenly stop recording because he wasn’t a massive sensation in the United States, nor should he have, what with his popularity in Europe. But you can see why Americans might well think of him in terms of being an ‘80s artist and - for better or worse - why they might view him as a one-hit wonder.

Fortunately for you, we’re offering you a reminder of his hits as well as the songs you should’ve known but probably didn’t get a chance to hear back in the day.

When it was initially released in Europe as "Major Tom (Völlig losgelöst),” this homage to David Bowie’s “Space Oddity” topped the singles charts in Germany, Switzerland, and Austria. The following year, the English-language version of the song hit No. 42 in the U.K., No. 14 in the U.S., and No. 1 in Canada.

Although released as a promotional single, this tune from Schilling’s Error in the System album failed to chart, but it’s still a great synthpop tune of the era.

Only released as a single in South Africa, the decision to release it there makes more sense when you learn that “Major Tom” was a Top 5 hit on the country's singles chart. Not that it proved to be a success, mind you, but at least they gave it a shot.

While it was released as a single in ’84, this tune actually hails from Schilling’s 1985 album, Things to Come. While it didn’t do anything on the U.S. or U.K. charts, it was a Top 30 hit in his native Germany, climbing to No. 26.

Another single from Things to Come, this one also failed to make the jump to hit status in the U.S. or U.K., and of all the other singles we’ve spotlighted here, this may be the greatest shame of all. Seriously, it’s one of the great lost synthpop tunes, as far as we’re concerned, and we expect you’ll feel the same way about it.

This single was also utilized as the title track of a compilation of Schilling’s best work up to that point in his career, and - believe it or not - it actually provided him with a second chart hit in the U.S. Granted, it was a minor hit, only making it to No. 61, but the video scored some MTV airplay, and those who were lucky enough to hear it when it was originally released have never forgotten it. (Okay, so it’s an unofficial poll, but it’s true, we swear!)

Last but not least, we couldn’t bring ourselves to close up this little best-of birthday post without spotlighting the new version of “Major Tom (Coming Home)" that Schilling recorded for a Living Room Session last year. If the pandemic gave us nothing else, it gave us a lot of unexpected opportunities to hear from old acquaintances, and this was - and is - a great reunion.