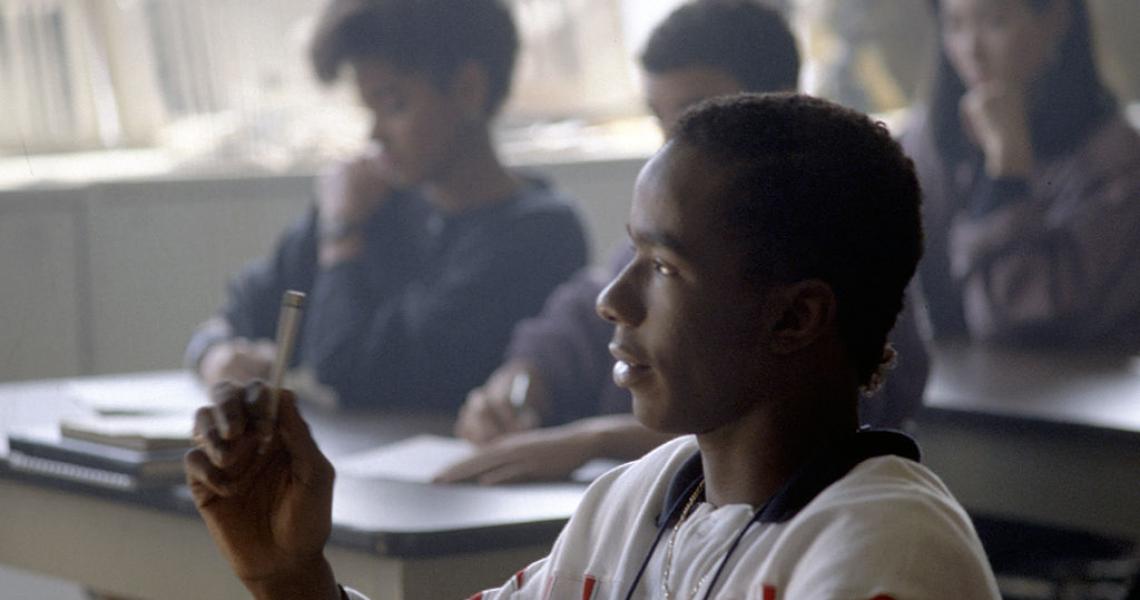 Happy birthday to the King of Stage himself, Robert Barisford Brown, born on Feb. 5, 1969.

Born in Boston, Brown’s first claim to fame was as a member of New Edition, a supergroup in the making – in addition to Brown, the group also featured Ralph Tresvant and future Bell Biv DeVoe trio Ricky Bell, Michael Bivins and Ronnie DeVoe. Brown left in 1986, tired of the bubblegum soul NE was known for and itching for a more mature sound.

He eventually found it in New Jack Swing, collaborating with such luminaries as Teddy Riley and Babyface on 1988’s Don't Be Cruel. The album was everywhere as the decade closed, and with hits like the title track, “Every Little Step,” and “My Prerogative,” Brown became a household name.

More hits followed, including the Ghostbusters II tie-in “On Our Own” and “Humpin’ Around” in 1992. The album from which “Humpin’” hailed, Bobby, took Brown to the top of the charts one more time, selling three million copies.

Subsequent years have seen Brown suffer losses, including the death of his ex-wife Whitney Houston, their daughter Bobbi Kristina and his son Bobby Jr. Brown has seen happier days, as well; he remarried in 2012, and started a family with his wife, Alicia Etheredge.