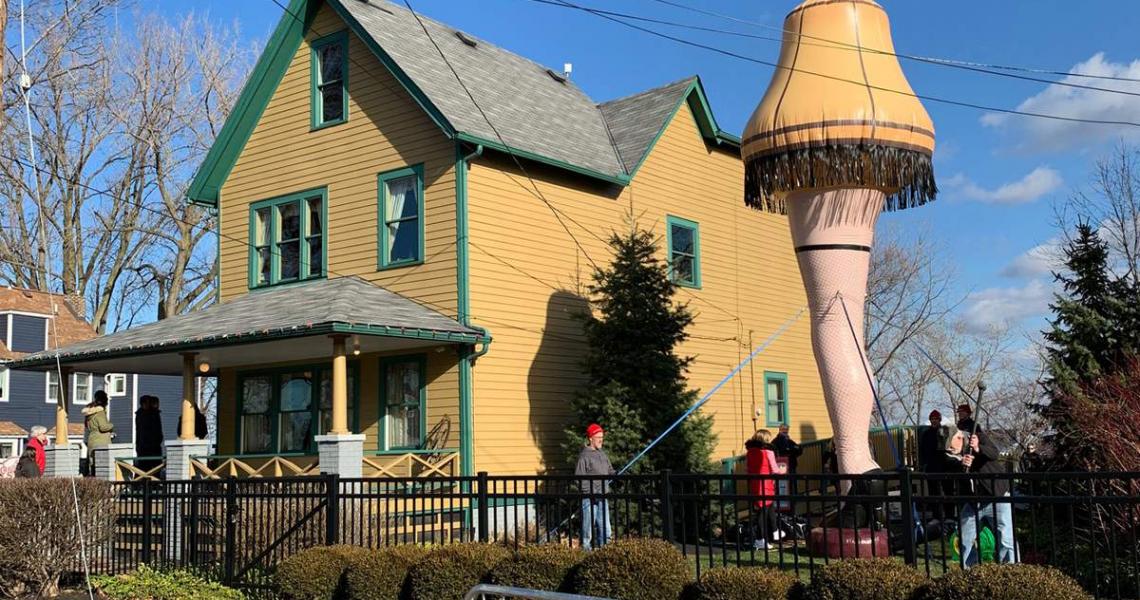 It's (arguably) the greatest Christmas movie ever made. Released in 1983, A Christmas Story is such an indelible part of the American holiday that both the TNT and TBS cable TV networks show the family film for a full 24 hours leading up to the big day.

The Cleveland, Ohio, house used as the Parker residence in the movie has become a major tourist attraction over the years, pulling in fans from around the globe all twelve months of the year. Of course, the spot sees the most action in December, and this year the address has a giant new reason to stop by: a massive inflatable "leg lamp," recalling the classic movie scene where the family patriarch wins "a major award" in the form of a leggy lamp.

The leg's arrival replaced another giant movie inflatable of Ralphie Parker, resplendent in his beloved bunny costume. See both giant props in the videos below.