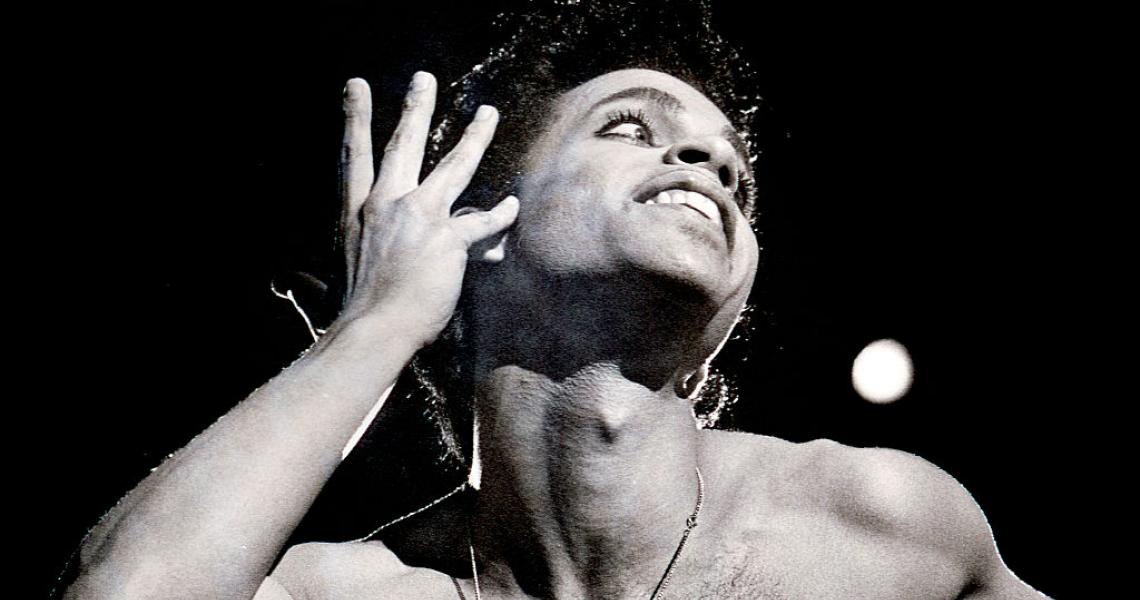 It was the mid-1980s, and life was grand in the Prince universe. He'd become a superstar on the strength of the Purple Rain album and movie, and Prince's "Midas touch" was coveted by artists throughout the music industry.

Brown Mark, bass player in Prince's Revolution, channeled that momentum into starting his own band, Mazarati. While they were working on the group's debut album, Prince approached the bass player.

"He gave me a cassette tape and there was nothing on it other than a guitar riff, or a blues riff that I found that was a 1929 version of it. Same thing," he said in a 2018 interview. "Exact same thing. [hums the straight guitar chord progression] and then he just started singing the lyrics slowly and that’s how he sang it and he said, 'I want you to put that on the album.' I was like, it’s totally opposite of everything that we’re doing. Why would I put that on the record? And we had an argument about it So I said OK. But I’m going into the studio and I’m going to put some ‘Brown Stank’ on it."

"We were going to dinner and he said, 'Let me do some work on it and when you come back from dinner, I’ll let you hear it and see if you like what I did to it,' Mark continued. "Well, we came back from dinner about four hours later. He not only did the change, but he took the bass out, he put a guitar riff in there, but he also put his voice on it. He started singing the song and he left Mazarati’s background vocals on it."

When Brown Mark confronted Prince about the situation, the artist countered with a deal: a writing credit on the song that we was going to take back and put out on his own Parade album.

"I thought that sounded like a good deal. I spread the bad news to Maserati, who were pretty angry," Mark told Uncut magazine. "In the end, I didn't even get paid for it. He totally stiffed me. I quit the band shortly after that. He treated me so bad, but I don't care. He gave me a ton of opportunities, so I look at the good things."

For Brown Mark, it was still the beginning of the end: "It was really cold blooded. That’s where a lot of the tensions started between me and him. From that point forward, our relationship started to disintegrate. And then later in years, like the early 2000s, we started to become friends again. We would talk on the phone and got past it. Because I was man enough to say it is what it is and hey, I can either remain a friend or just pout forever. It’s not going to change anything."

"It was so different to everything else out there that the Warner Brothers executives freaked out when they first heard it,” producer David Z told Sound on Sound. "I was going to get credit as the producer, arranger, everything, but when I talked to the Warners A&R guy he said, 'Oh man, Prince really screwed up. It sucks.' I thought, what? My heart just hit the floor. He said, 'It sounds like a demo. There's no reverb, there's no bass — it's terrible.'

"I was shaken and really disappointed," David Z added. "At that time, however, Prince had enough power to go, 'That's the single and you're not getting another one until you put it out.' The rest is history. When he recorded 'Kiss', Prince was actually going down in terms of his popularity. He had already hit his peak and people were going, 'Ah, Prince is over with.' Well, that song, because it was so different, totally reignited his career and a year later Warners were trying to sign people who sounded like that.”

"I remember speaking to that A&R guy about other things, but I never cornered him in terms of what he'd said about 'Kiss',” David Z laughed. "I didn't think it was my place to do that. The proof was in the pudding.”