February 1985: Tom Petty and the Heatbreakers Release "Don't Come Around Here No More" 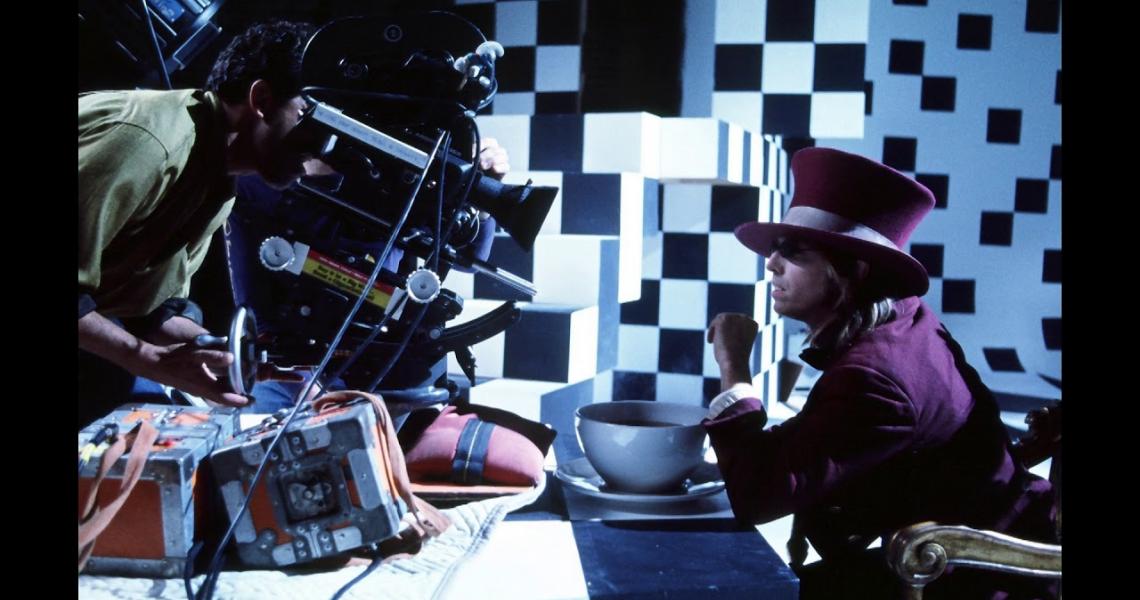 The story that comes with Tom Petty and the Heartbreakers' "Don't Come Around Here No More" is among the all-time great rock and roll legends. According to the song's producer, Dave Stewart, he and Nicks hooked up one night in 1984 after a Los Angeles show by the Eurythmics, his band with singer Annie Lennox.

With some time off from the road, Stewart ended up staying at the home of producer Jimmy Iovine, where he played him a demo of "Don't Come Around Here No More." Iovine, who was working on Nicks' solo album, Rock a Little. Iovine thought it would be perfect for her album. As they were working on the song, they called in Nicks to work on lyrics and vocals. That's where things broke down.

"(Iovine) was trying to get Stevie to change the lyrics. Stevie was upset and the discussion became very tense," Stewart recalled, unaware that Nicks and Iovine had a very tumultuous romantic past. "He was saying, 'Can you stop arguing with me in front of my friend David? You don't really know him.' And she said, 'Your friend? What are you talking about? We slept together the other night.' I turned white and stared at the floor, ­wondering what was coming next. Fortunately Stevie turned, walked out the door and left the studio."

Instead of Iovine getting mad, he simply suggested that they call in his friend Tom Petty to finish the song. When the crew knocked out a solid demo of the track, they called in Nicks to see what she thought of it.

“Tom had come down, and he liked what we were working on,” Nicks would say in Petty: The Biography. “I was writing madly. I had my little book, and I was just writing, writing. Tom, Jimmy, and Dave were sort of talking. But it was five in the morning, and I was really tired. So I said, ‘I’m going to go. I’m leaving you guys, and I’ll be back tomorrow.’ I left, and when I got back the next day, at something like 3 p.m., the whole song was written. And not only was it written, it was spectacular. Dave was standing there saying to me, ‘Well, it’s terrific, and now you can go out…and you can sing it.’ Tom had done a great vocal, a great vocal. I just looked at them and said, ‘I’m going to top that? Really? I got up, thanked Dave, thanked Tom, fired Jimmy and left.”

The song would have an even bigger impact on MTV, where the surreal music video would soon go into heavy rotation. The clip would be nominated for four MTV VMAs, including Video of the Year. Which it would lose the top honor to Don Henley's "Boys of Summer," it would win the award for Best Visual Effects. Learn more about the groundbreaking clip from Totally '80s own Lyndsey Parker.

In 1994, MTV would present Petty with the Video Vanguard award.