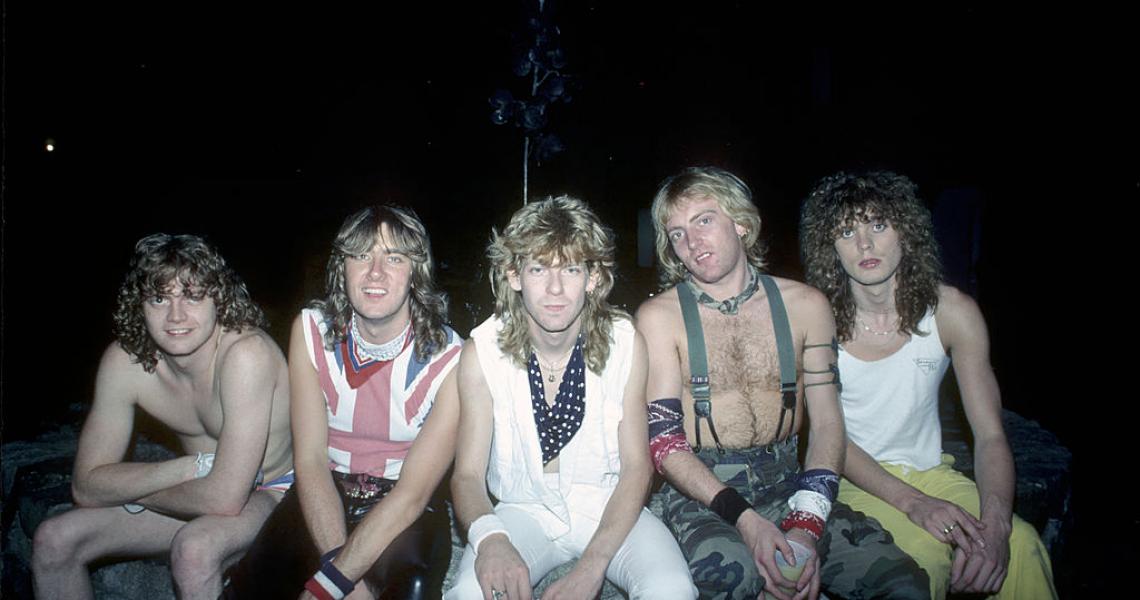 Back in the early 1980s, Def Leppard was hard at work in the recording studio when the band's producer, Robert "Mutt" Lange, had an idea. The band's singer, Joe Elliott, broke it down back in 2012:

"One day Mutt had the line 'All I've got is a photograph.' I said, 'That's a Ringo Starr song.' He went, 'Nobody will ever notice,'" Elliott, ever the rock historian, recalled to VH1. "It's a photograph of something you can't ever get your hands on, somebody that's not here anymore. Over the years it's become exaggerated to Biblical proportions that 'Photograph' was written about Marilyn Monroe, because she was in the video," the singer added. "I don't want to break anybody's heart here, but Marilyn Monroe was just another average actress to me. The song was about somebody that's out of the picture. All I've got is a photograph, but it's not enough."

Def Leppard had already made inroads with the band's previous release, High 'n' Dry, also produced by Lange. The single "Bringin' on the Heartbreak" had a tremendous impact in America thanks to MTV, and the group was ready to take things to an even higher level with the follow-up full-length, Pyromania. The album was released on January 20, 1983. "Photograph" would be the album's first single, released on February 3, 1983. The song has been performed at every Def Leppard concert since its release.

“We always had this inner demon of pop wanting to come out,” Elliott told The Guardian in 2018. “[Bassist] Rick Savage loved bands like Queen and T Rex; I loved T Rex and Bowie and Sweet and Slade. We were always aiming to do something like that, but we could never really pull it together until 'Photograph.' I remember the first time I heard the riff through the studio wall: me and a couple of the crew went (Elliott pulls an amazed face) and when that happens collectively, you know somebody’s hit on something.”

The song was a major hit at radio and MTV, where it was thrown into heavy rotation. Going on to reach #1 on the Billboard Top Tracks chart, the breakthrough single would somehow stall before hitting the Top 10 of the Hot 100. It would peak at #12 on May 21, 1983. The #1 song in America that week: David Bowie's "Let's Dance."

"It went through the roof because of MTV," Elliott said to Songfacts. "Once people started getting cable all over the States, this fledgling MTV thing took off. We got fantastic bounce-back from people watching it on MTV and then asking the radio stations to play it. The two started bouncing back from each other request-wise, and the song just went crazy."

Making the video was quite the experience for the young band: "We'd turned up at this soundstage someplace in Battersea, in London, and there was David Mallet," Elliott said of the famous video director in the book MTV Ruled the World - The Early Years of Music Video. "Now, I didn't know who David Mallet was really, but I knew he had worked with Queen. That was good enough for me. We walked into this pre-built stage. We had nothing to do with it. We can take absolutely no credit for it. But Mallet had put this thing together - mesh flooring with lights coming up through it and these cages with all these girls in it with torn stockings and ripped tops and stuff. Hilarious now, but back in the time, it was like 'Wow, this is cool!'"

The song's pop sensibility would give it quite the longevity and reach well beyond genre lines. None less than music icon Taylor Swift would get together with the band for a special performance on CMT Crossroads. Their combined take on "Photograph" was a show highlight.