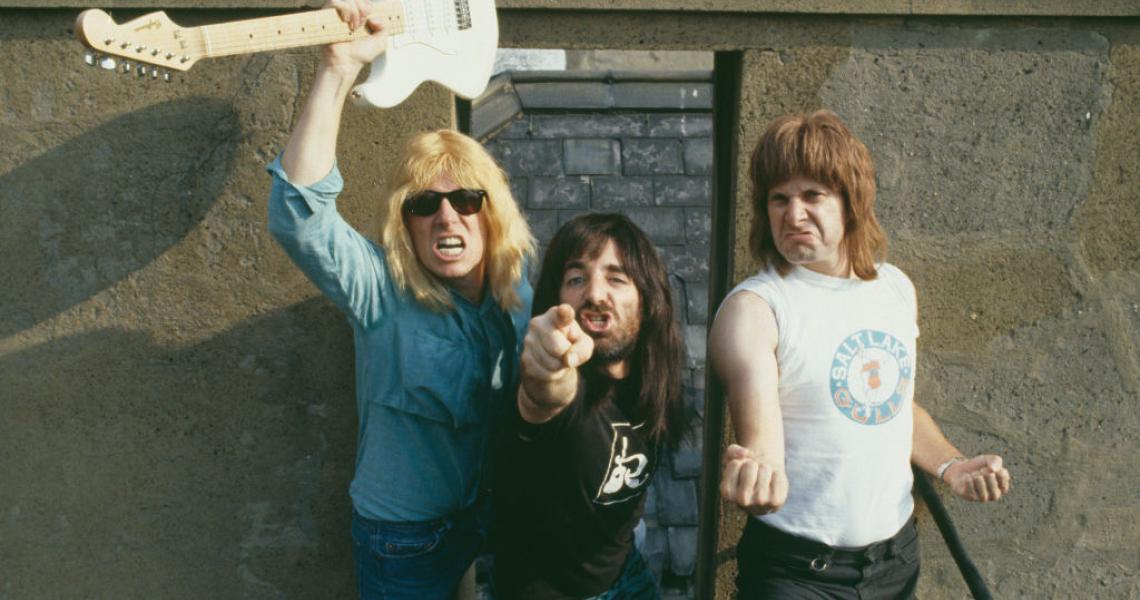 Spinal Tap! Bad News! The Dregs of Humanity! The infamous "punk" episodes of CHiPs and Quincy! Even the New Monkees! This week on the Totally 80s Podcast, join host Lyndsey Parker (Yahoo Entertainment Music Editor/SiriusXM Volume Host) and the other John Hughes as they talk about their favorite fake bands of the 80s.

ON WHEN THE DREGS OF HUMANITY ROCKED JASON BATEMAN'S CULT SITCOM IT'S YOUR MOVE:

PARKER: "The greatest moment in television history in terms of Jason Bateman's career, or life, was It's Your Move. Do you remember the show?"

HUGHES: "Absolutely. No argument here because my little sister loved Silver Spoons. And the character that he played was the smarmy, you know, always manipulative brat of a kid. And they loved that character so much, they wanted to spin them off and that was the way to do it. And when first premiered, and it was like this nasty show."

And when you realized it was by the same creators of Married with Children, it all made sense. I was addicted to that show. The rest of my family, hated it. So I had to fight to watch it, but Dregs of Humanity, I remember because part two was preempt on everywhere, everywhere but the the West coast..."

PARKER: "Apparently that episode - I did not know this at the time - was preempted in most of the United States, other than the West coast by a President Reagan press conference, because apparently America did not have its priorities in the right place. At that time, what's more important: finding out what happened to the Dregs of Humanity or whatever the president had to say?"

HUGHES: "That cliffhanger was unresolved for me for 30 years. In the pre-YouTube days, I found someone had a complete burn, bootleg season of It's Your Move on iOffer.com and I couldn't hit the checkout button fast enough. Dubs of dubs, four generations down, but you better believe I sat there and watched the entire thing."

ON THEIR PREFERRED EPISODE - CHiPs OR QUINCY?

HUGHES: "The CHiPs one because of the band is much more FEAR-influenced, the punk band FEAR. They kind of give off a Lee Ving kind of vibe."

PARKER: "So the CHiPs episode, it actually had a new wave pop band or pop girl named Snow Pink. They were introduced as being all the way from the Hills of Hollyweird, which was factual. That's where punk was."

HUGHES: "It kind of misses the whole social ethos of punk, [laughs] but okay."

PARKER: "This was '82 when this came out, I think '82-ish. So you have to remember by then LA punk - because this took place in LA - had gotten a bit macho and a bit misogynist and a bit more..."

PARKER: "Yup. You know, maybe there was someone working for CHiPs who actually did a little research. Meanwhile, over on Quincy, there was the band Mayhem who had their hit "Next Stop Nowhere," which I actually can't sing for you. So I guess I have to agree with you that the CHiPs episode was superior. But neither of them were very accurate."