Even Without Madonna, Breakfast Club Found Their Way to Get "Right on Track" 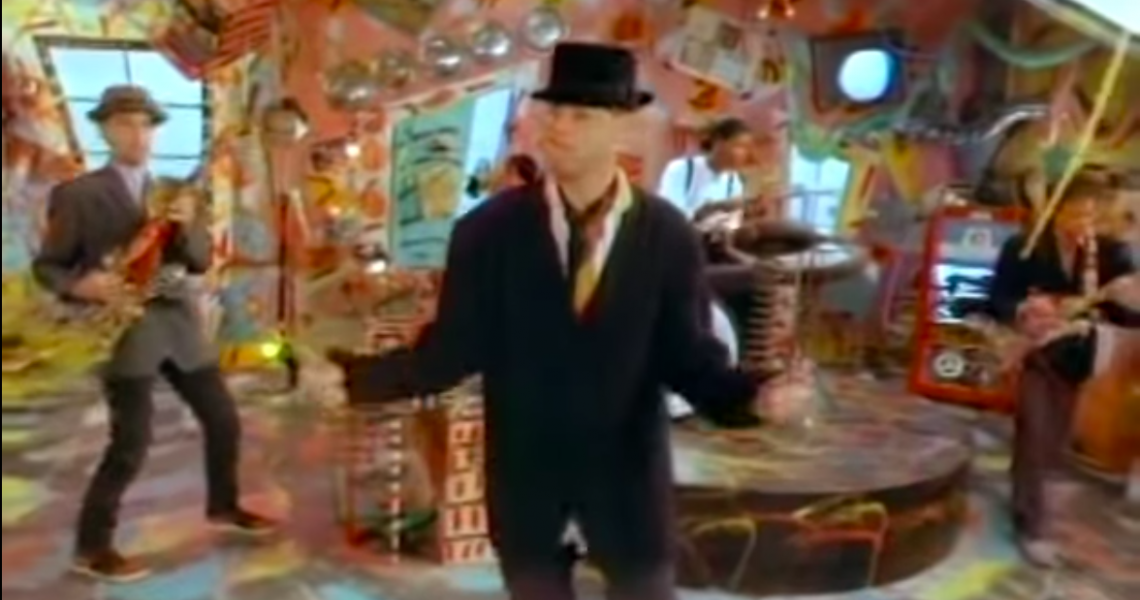 In the spring of 1987, an undeniable dance jam named "Right on Track" began its chart journey for the band Breakfast Club, ultimately peaking at No. 7 on the Billboard Hot 100. It was a case of hard work paying off for the group; just a few years ago, they'd seen one of their former members hit the big time - a would-be drummer named Madonna.

That's right, before capturing hearts with an incredible string of hits through the decade, Madonna Louise Ciccone started out as a drummer for the band, founded by brothers Dan and Ed Gilroy in the New York borough of Queens. Madonna, having dropped out of the University of Michigan to pursue dance in the city, would start a relationship with Dan, whom she credited with inspiring her songwriting. “He stuck a guitar in my hand and tuned it to an open chord so that I could strum,” she told Rolling Stone in 1984. “That really clicked something off in my brain.”

After a brief stint performing in Paris with disco singer Patrick Hernandez, Madonna moved back to New York and formed Breakfast Club with the Gilroys. (The name was inspired by their habit of staying up all night to play or perform and eating at diners in the wee hours of the morning.) While she was still getting used to writing and playing music, Dan Gilroy remembered her ambition as the strongest thing she brought to the band. “She’d be up in the morning, a quick cup of coffee, then right to the phones, calling up...everyone from [local record dealer] Bleecker Bob’s to potential management," Gilroy told Rolling Stone. "Anything and everything.” Madonna herself would call it "intensive musical training...one of the happiest times in my life."

Yet that ambition seemed to dwarf everything else: within a year, Madonna and Gilroy had broken up, and she'd further pursue the success she'd rightly earn throughout the decade. But the Gilroys didn't give up on Breakfast Club, and soon found themselves a fascinating ally: Stephen Bray, a drummer who'd also dated Madonna back in Michigan. Bray would become another crucial collaborator with Madonna even while joining the ranks of Breakfast Club, co-writing and co-producing with her on tracks like "Into the Groove," "Papa Don't Preach," "True Blue" and "Express Yourself."

READ MORE: Every Madonna Song That Topped the Charts in the '80s

Bray and Gilroy eventually came up with the undeniable groove of "Right on Track," and after signing a deal with MCA Records, the group were primed for success themselves. Jeff Stein, director of The Who's The Kids Are Alright, oversaw a colorful video for "Right on Track," and the label sent tapes of the track to radio promoters and record store owners in oversize cereal boxes.

That Top 10 hit was their only, however, and a second album didn't materialize. But Gilroy and Bray would continue to succeed in their own right. The singer tried his hand at acting alongside his longtime partner, actress Shelley Duvall, while Bray would collaborate with The Jets and Kylie Minogue before scoring a Tony nomination for music and lyrics to a Broadway adaptation of The Color Purple. An EP of unreleased Breakfast Club material was issued in 2016, and three years later the Gilroys took part in the film Madonna and The Breakfast Club, which told the story of her early years through a combination of documentary footage and scripted work featuring actors (including Jamie Auld as a stunning Madonna lookalike).