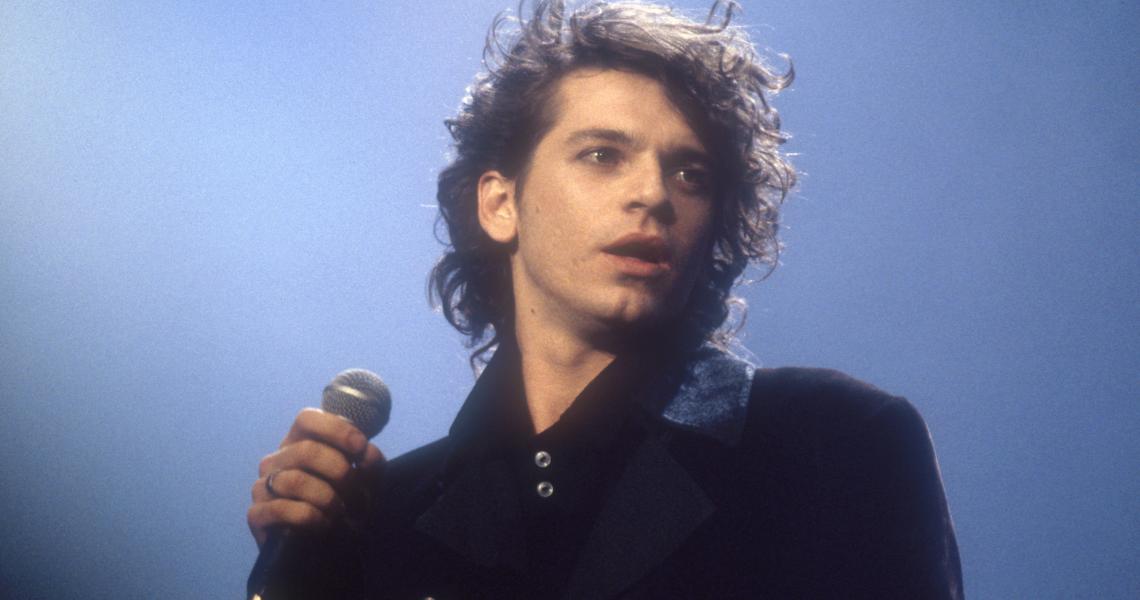 With the passing of Michael Hutchence on Nov. 22, 1997, the world lost one of its greatest rock and roll frontmen. The Australian singer rose to prominence as the face of INXS, who started the decade off as a hungry New Wave combo from down under and ended it as one of the hottest acts on the planet.

Hutch's charisma and life story were conveyed brilliantly in last year's documentary Mystify: Michael Hutchence, and INXS' six studio albums from the 1980s remain must-listens for anyone who needs a jolt of pop-rock energy to get them through the day. Here's a look back at each one of them.

The group's self-titled debut was recorded on a shoestring $10,000 budget, with sessions often taking place in the wee hours of the morning after the band had powered through a pub gig or two. "It's naïve and kinda cute, almost," Hutchence later said of the album. "It's these young guys struggling for a sound. All I can hear is what was going to happen later and it's probably an interesting album because of that." Lead single "Just Keep Walking," with its perky rhythm and urgent chorus, became the band's first hit in their native country.

After scoring an even bigger local hit with a non-LP cover of '60s Australian rocker "The Loved One," Underneath the Colours crystallized the core songwriting partnership of Hutchence and guitarist/keyboardist Andrew Farriss. (Farriss' brothers, Tim on guitar and Jon on drums, are in fine form on this album.) The anthem "Stay Young" became another local hit - but the band's first taste of success abroad was yet to come.

INXS' third album was the first to receive a worldwide release, and kicked off right with the dance-rock number "The One Thing," a killer showcase for the band's strengths. Backed by an eye-catching music video featuring a gang of models and a lavish feast, "The One Thing" became the group's first U.S. hit; Shabooh Shoobah also features one of INXS' most beloved songs, the epic album closer "Don't Change."

Off the strength of Shabooh Shoobah, INXS became an in-demand touring act around the world. One night, while opening for Daryl Hall & John Oates, they met producer Nile Rodgers. "Blown away by their set," Rodgers wrote in his memoir Le Freak, "I went backstage to meet them and we hit it off immediately." Rodgers produced "Original Sin," the funky lead single from The Swing, with Hall offering his vocals on the chorus. The track topped the Billboard dance chart in America and, along with tracks like "Burn for You" and "I Send a Message," indicated the group's new dance-oriented direction.

The band's fifth album was their first collaboration with producer Chris Thomas, who'd worked with everyone from The Sex Pistols to Elton John. While the songs were tighter than ever, including standouts "This Time" and the title track, Thomas pushed them to dig deep for one last track, which they assembled from an old demo called "Funk Song No. 13." That track became Thieves' powerful opener "What You Need," the band's first U.S. Top 10 hit.

After nearly a decade of work, INXS saved their best album of the '80s for last. Working again with Chris Thomas, Kick had hits literally for years, like the whisper funk of "Need You Tonight," the rafter-shaking anthem "New Sensation," the epic ballad "Never Tear Us Apart" and the shuffling rocker "Mystify." All of them reached the Top 10 of the Billboard Hot 100, with "Need" topping the charts.

"We stuck to our guns and our history," bassist Garry Gary Beers said of the album in liner notes to a deluxe edition in 2017. "We didn't try to make it anything other than INXS playing great songs...We knew where we were going and we invited the whole world along for the ride." More than three decades later, it's still a ride worth taking.