Did Jennifer Grey Inspire One of Madonna's Biggest Hits? 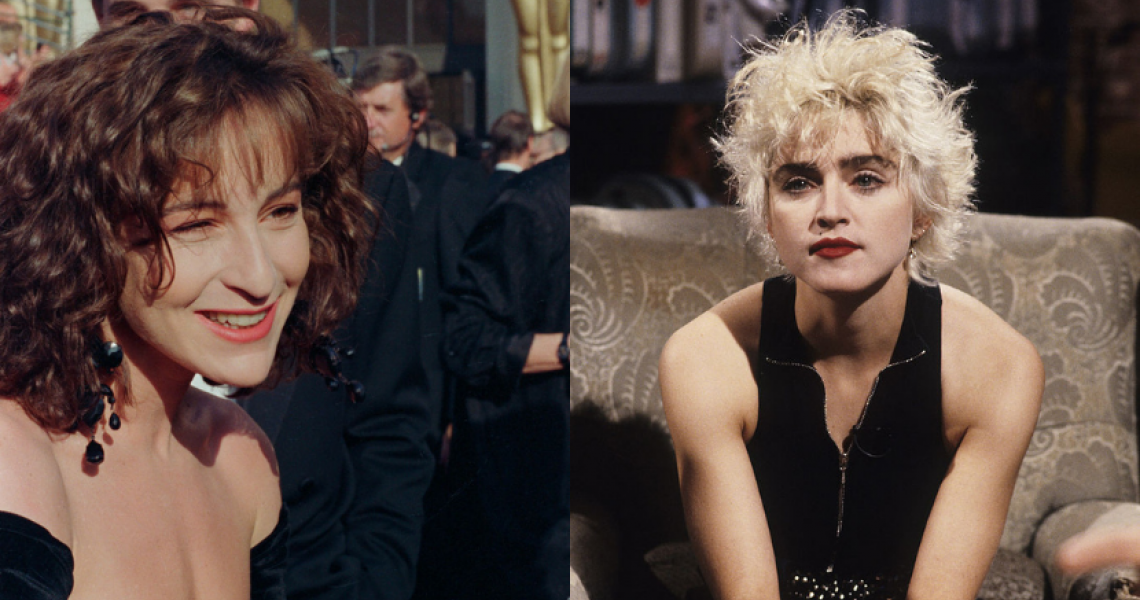 Madonna's "Express Yourself" may have taken inspiration from a famous friend going through a high-profile breakup, a new celebrity memoir claims.

People reports that in Out of the Corner, a forthcoming autobiography by Dirty Dancing star Jennifer Grey, the Queen of Pop was inspired by the ups and downs of her relationship with Ferris Bueller's Day Off costar Matthew Broderick, to whom she was briefly engaged. Grey and Madonna became close while shooting the 1989 film Bloodhounds of Broadway, a period ensemble comedy inspired by several Damon Runyan short stories.

"She told me she wrote 'Express Yourself' about me breaking up with Matthew," the actress said while promoting her book. "She played it for me in her car. I was in my log cabin with Johnny [Depp, her then-boyfriend] and she said, 'Come into my car.' And I got in her Mercedes where she had a really good sound system and she was like, 'Listen to this song I just did. It's about you.'"

She remains good-natured about the possible shout-out, down to the repeated "Baby" in the chorus. "I wrote her an email where I asked, 'Did you just tell that to everyone?'" she said. "Express Yourself" ended up peaking at No. 2 on the Billboard Hot 100 and became a massive dance club hit at the end of the decade, so it's quite possible a lot of people were getting down while Grey was getting over.