"Devil Went Down to Georgia" Singer Charlie Daniels Dead at 83 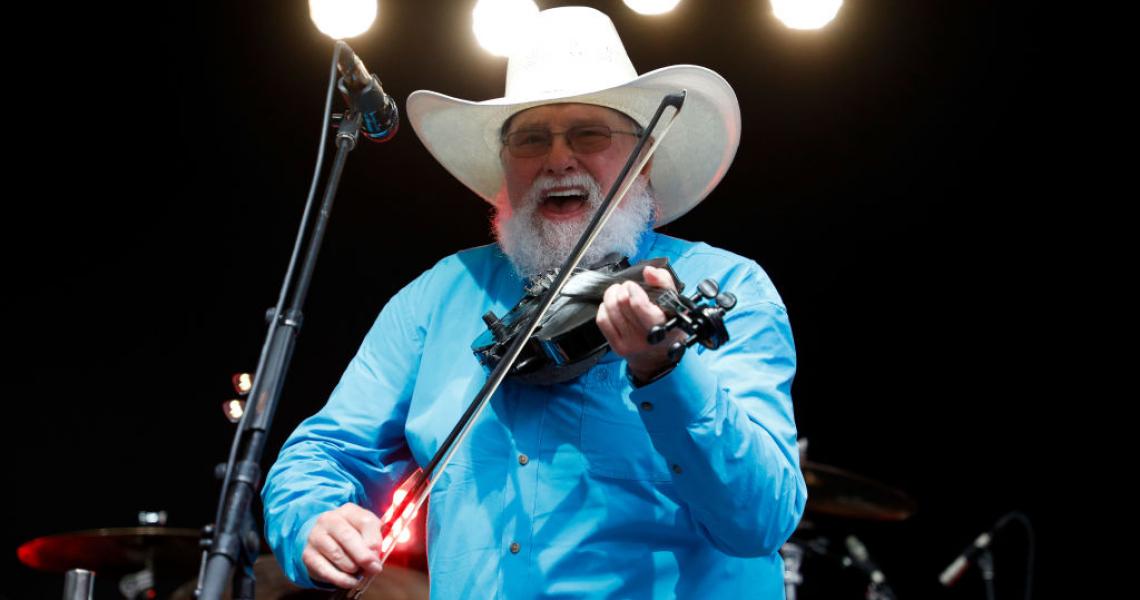 Charlie Daniels, best known for 1979's "The Devil Went Down to Georgia," died Monday morning after suffering a hemorrhagic stroke. He was 83.

The Country Music Hall of Famer had nine gold or platinum albums under his belt, played electric bass on three Bob Dylan albums and appeared in Hermitage, Tennessee after His country music colleagues took to social media to pay their respects to the longtime musician.

The southern rock and country veteran scored nine gold or platinum albums, played electric bass on three Bob Dylan albums (Nashville Skyline, Self Portrait and New Morning) and even appeared in the 1980 film Urban Cowboy alongside his Charlie Daniels Band.

Born on October 26, 1936, the North Carolina-born singer-songwriter would work many stints as one of Nashville's go-to session players before released his eponymous solo album in 1970 and formed the Charlie Daniels Band two years later.

His first breakthrough came in 1954 when Elvis Presley recorded "It Hurts Me," the song he co-penned with Bob Johnston, as the B-side to his single "Kissing' Cousins." He would score big again in 1973 with the release of the country chronicle "Uneasy Rider," which peaked at No. 9 on the Billboard Hot 100.

Daniels is best known for the Grammy-winning tune "The Devil Went Down to Georgia," which ascended to No. 1 on the US country chart before crossing over to No. 3 on the US pop charts in 1979. The signature, bluesy folktale, featured in the 1980 feature film Urban Cowboy, would launch his album Million Mile Reflections to Top 5 on the album charts.

Eventually, at the age of 71, he was invited to join Nashville's highest music establishment, the Grand Ole Opry. He was inducted in the Country Music Hall of Fame in 2016.

Daniels is survived by his wife, Hazel, and son Charlie Daniels Jr.

His country colleagues and close friends took to social media to pay their respects.

The country music flag is flying at half mast today. RIP Charlie Daniels.

My heart is crushed today after hearing that my dear friend Charlie Daniels has passed away. Charlie was the first legendary artist to take me under his wing and encourage me when I was first getting started in the business. He was always there for me when I needed him. I have so many great memories of touring, performing, writing and recording with Charlie, but my favorite memories are of simply talking with the man when it was just the two of us alone. Farewell dear friend until we meet again. Thank you for being such a friend, mentor and inspiration to me. I will always be grateful.

“To be able to be a member and to have my name linked with my heroes is some pretty heady stuff for a guy that loves music and loves the Grand Ole Opry as much as I do.” - Charlie Daniels

Charlie, thank you for all of the music and joy you’ve given us. ❤️ pic.twitter.com/oecnKL2c19