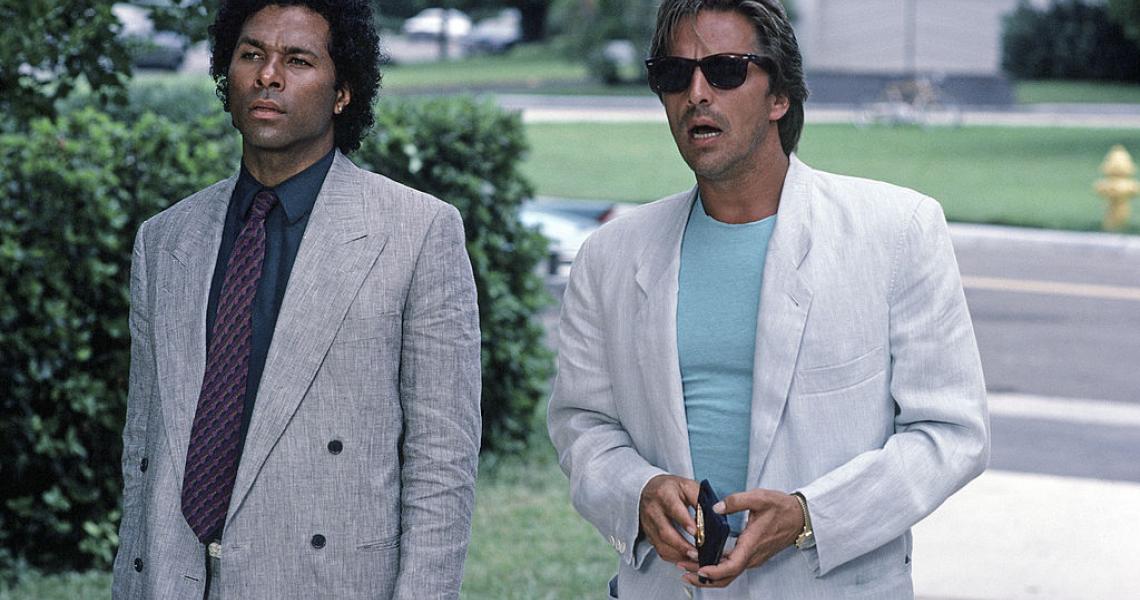 It was released on October 26, 1985. One week later, it was the number one album in the country. The original Miami Vice soundtrack would remain perched in the top slot for the rest of the year, save a single week: December 21, when Heart's Heart would take the crown for a scant seven days. The following week—December 28—Miami Vice would reclaim the number one on Billboard's 200, where the collection would stay well into 1986. It would ultimately take Barbra Streisand's Broadway album to finally end the Miami Vice reign on January 25, 1986.

Kicking off the record was the instantly recognizable synthesizer whoosh of the "Miami Vice Theme" by Jan Hammer, which would hit #1 on the Hot 100. Considering that the TV show would launch the most pervasive pop culture phenomenon of the year, it's a fitting song for 1985.

Glenn Frey of Eagles would make his acting debut on Miami Vice in 1985 after show creator Michael Mann heard the song "Smuggler's Blues," turning it into an episode of the show featuring the musician. Frey would return the favor by writing "You Belong to the City" for the soundtrack, which would be a #2 single on the Hot 100 and the biggest solo song of his career.

Another big hit from the soundtrack: Tina Turner's "Better Be Good to Me." Taken from her smash comeback album, Private Dancer, it was also featured on Miami Vice that year en route to top 5 showing on the Hot 100.

For a taste of gritty street realism, Melle Mel's "Vice" was the hip-hop track of choice on the Miami Vice soundtrack.

Steamy Miami dance-floors were represented by Chaka Khan's thunderous "We Own the Night."

The centerpiece of the Miami Vice soundtrack: Phil Collins' "In the Air Tonight." A pivotal song throughout the show's run from its debut episode, the song has become the unofficial Miami Vice theme song. It does gangbusters at New Year's Eve parties, too.