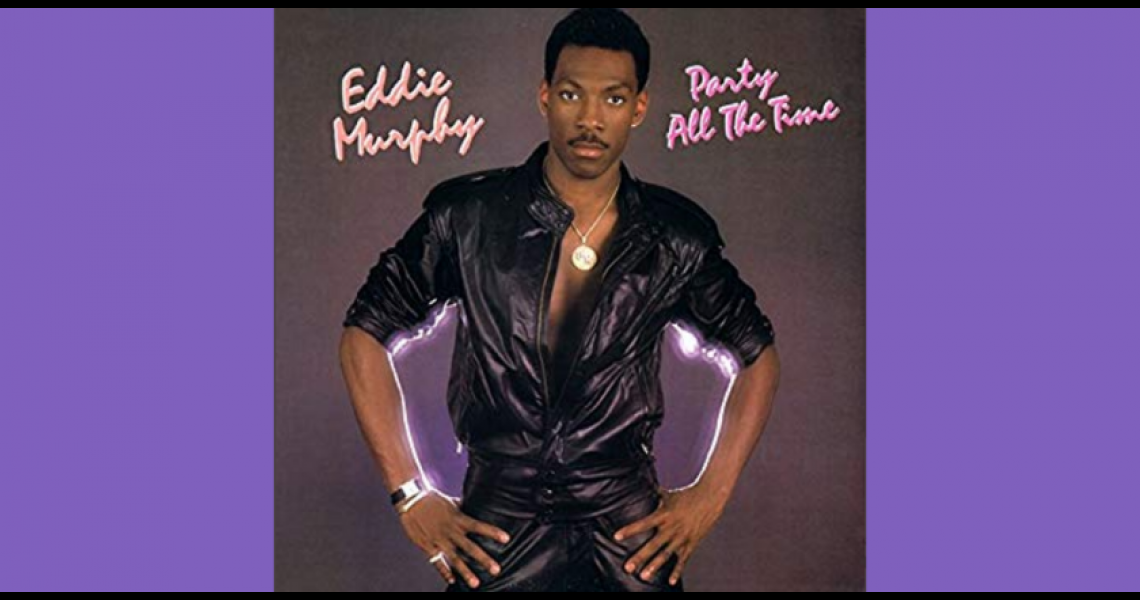 In December 1985, Eddie Murphy wrote a song lamenting as a millionaire playboy, "I buy you champagne and roses, put diamonds on your finger. Still, you hang out all night. What am I to do?"

One of the hottest entertainers on the planet, comedian and actor Murphy emerged from the turbulent times at SNL victoriously, miraculously boosting the show's rating while it endured one of its toughest years. Also starring in hit films Beverly Hills Cop and Trading Places, Murphy showed no signs of stopping his conquests in entertainment.

He released his first album How Could It Be in 1985 and from his musical debut emerged one hit song, "Party All the Time." Backed by a funky synth-pop beat, Murphy's high-pitched falsetto comically lamented seeing a girl who "[wanted] to party all the time," despite his wooing her with "champagne, roses, and diamonds."

Played endlessly on the radio, the Rick James-produced single rode high on Billboard's pop chart, peaking at No. 2 in December.

His accompanying music video went into rotation for 14 weeks straight at MTV, negating some critics' derisive comments about Murphy's musical project.  In fact, only the powers of Lionel Richie with "Say You, Say Me" blocked Murphy's pop single from the No. 1 spot in December.

The rhythm track may have proved that it helped to be a hit movie star to crossover into being a chart-topping musician as well. By the looks of the charts, Murphy, from his comedian roots to his musical success, would have the last laugh at the end of 1985.