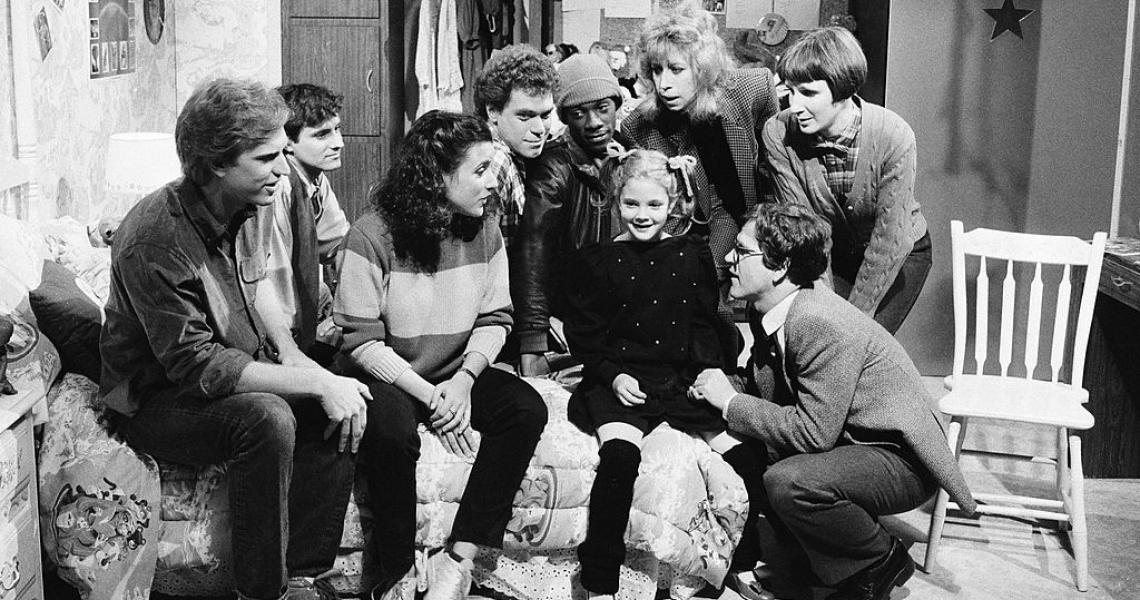 At an age in which many, if not most, 7-year-old girls were asleep by bedtime, happily floating off to dreamland, Drew Barrymore was up late rehearsing monologues and making a name for herself in sketch comedy.

37 years ago on this day, Barrymore hosted Saturday Night Live - and even the jealous cast joining the kid during the show's cold opening couldn't help but warm up to her as she entered the scene.

"Can I get you a glass of milk, honey? a cast member asked.

Despite her fellow cast members' disgust at discovering Barrymore's dressing room is a dolled-up room of stuffed animals, fluffy blankets, and a bouquet of flowers, they recognized that their preconceived notions of the child were amiss.

Barrymore's popularity did soar, indeed, especially with her breakout role in E.T. in 1982. The young actress would go on to join a highly prestigious fraternity in the world of sketch comedy, the "Saturday Night Live Five-Timers Club." In this elite circle, those who have proven their worthiness by hosting "SNL" five times, including Tom Hanks, Alec Baldwin and Danny DeVito, relax in extravagant robes, smoke classy cigars, and cherish holding membership to the "most exclusive club in the world."