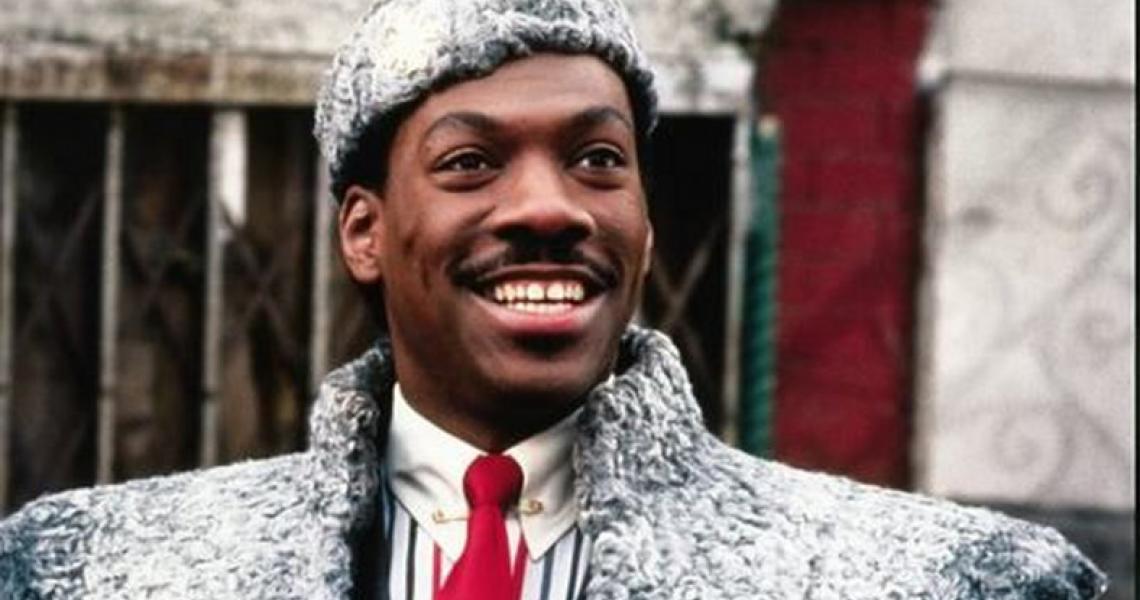 Released on June 29, 1988, Eddie Murphy's Coming to America was an instant box office blockbuster, ranking in more than $28 million over its first five days of release. It was the #1 grossing film for Paramount Pictures that year, and the #3 grossing picture for all of 1988 behind Rain Man (#1) and Who Framed Roger Rabbit? (#2).

A look back at this '80s classic with five fun facts about Coming to America.

2. John Landis and Eddie Murphy did not get along while making the movie
Despite their success with Trading Places, the director and star clashed throughout the making of Coming to America: "The guy on Trading Places was young and full of energy and curious and funny and fresh and great," Landis told Collider. "The guy on Coming to America was the pig of the world... But I still think he's wonderful in the movie. Someone, I think it was James Earl Jones, used to say that when Eddie came on set, 'It’s like an arctic wind.'"

"He directed me in Trading Places when I was just starting out as a kid, but he was still treating me like a kid five years later during Coming to America," Murphy said for his part. "And I hired him to direct the movie! I was gonna direct Coming to America myself, but I knew that Landis had just done three f*cked-up pictures in a row and that his career was hanging by a thread after the Twilight Zone trial. I figured the guy was nice to me when I did Trading Places, so I'd give him a shot… I was going out of my way to help this guy, and he f*cked me over."

3. The studio called off press screenings after a disastrous showing in New York
Legendary movie critics Sisket and Ebert were on Oprah Winfrey's TV in May 1988 to talk about the upcoming summer film season. While they discussed Coming to America, mentioning that they had yet to see the movie. The reason: at the movie's one and only press screening in New York, critics in attendance panned the movie. Paramount, worried that their big movie might be a bust, refused to show it to any more critics before its release, hoping to quell any negative word of mouth.

4. The "Soul-Glo" commercial music was written by Nile Rodgers of Chic
"In my long career of composing, this just may be my single proudest moment," Rodgers shared on Twitter.

In my long career of composing, this just may be my single proudest moment. #SoulGlohttps://t.co/gkBdnR1xuM pic.twitter.com/a83elXVkyU

5. Fat Sal's recreated the McDowell's hamburger restaurant in Los Angeles
It was pretty great, complete with a giant "Employee of the Month" banner with Eddie Murphy as Akeem's face on it, "The Big Mick" burger and even a "Sexual Chocolate" milkshake. 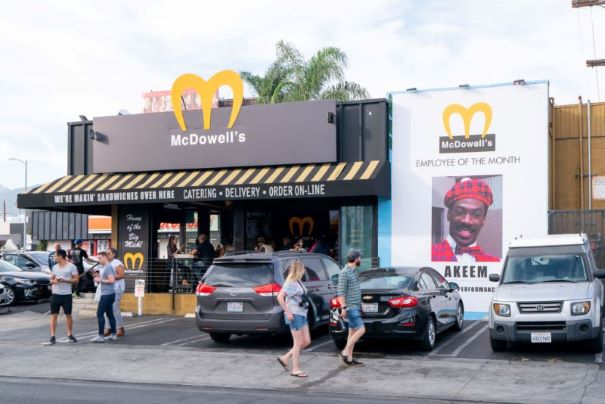 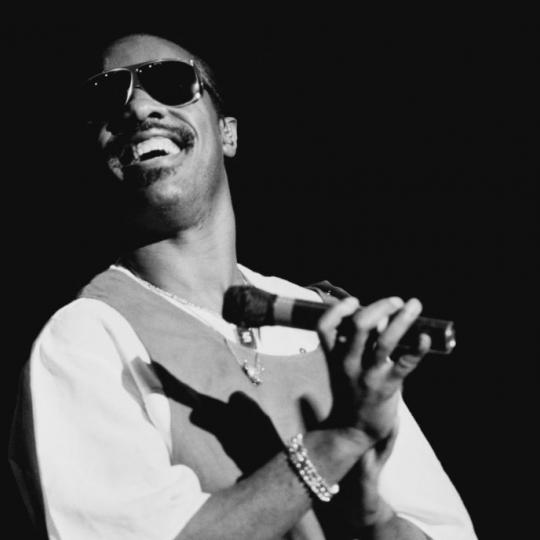 Mike Lawn/Daily Express/Hulton Archive/Getty Images
September 1984: Stevie Wonder Scores His First UK No. 1 with "I Just Called To Say I Love You"
The sweet serenade would prove undefeatable not only on the international music charts, but also at the award shows.