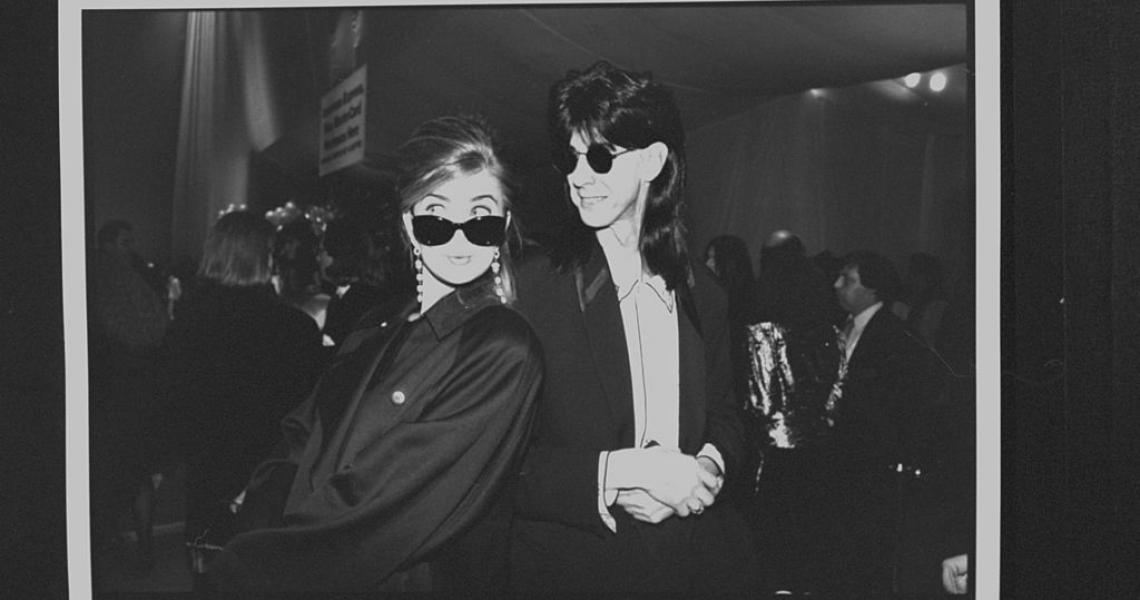 In a year positively overflowing with pop classics, The Cars' "Drive" stands tall as one of the most affecting singles of 1984. The third single from the band's penultimate (and poppiest) album Heartbeat City, the Benjamin Orr-sung ballad soared to No. 3 on the Billboard Hot 100 and remains one of the decade's greatest slow-dance numbers.

But the song held some significance for the track's songwriter and other key member, Ric Ocasek: it was on the set for the "Drive" video that he met the woman he would marry.

Paulina Porizkova was the model who appears in most of the clip, sharing a short scene with Ocasek midway through. (Orr has his own sets of close-ups, while the other members are depicted only in mannequin form.) Actor Timothy Hutton, an Oscar winner for Robert Redford's Ordinary People, was the unlikely candidate to direct the video after complimenting the band to their manager, his neighbor at the time. “I felt something between them instantly,” Hutton said, recalling to Vanity Fair that the pair were eager to spend time rehearsing together.

The sparks kept flying long after the video exited heavy rotation - and even after the band called it quits in 1988. A year later, on Aug. 25, Ocasek and Porizkova married (the musician's third marriage) and would have two children. The duo separated in 2017, but Porizkova continued to look after him after he recovered from surgery. Tragically, in 2019, she was the one to discover Ocasek's body, dead of natural causes.