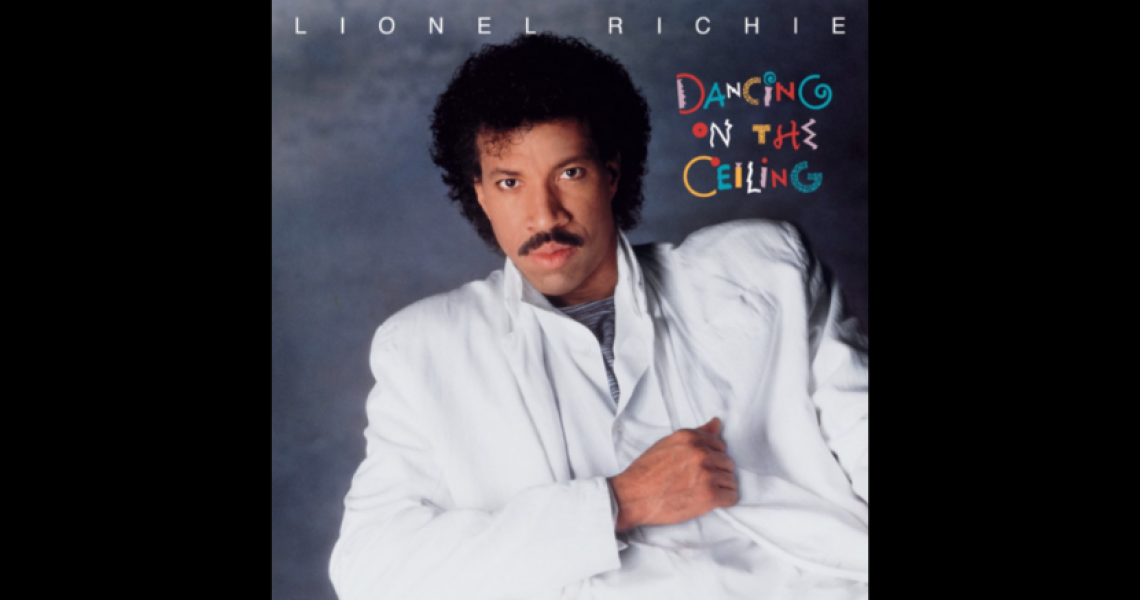 The best Lionel Richie tunes start out in full party mode. His 1986 album, Dancing on the Ceiling, attests to the ex-Commodore's love of good times.

The ubiquitous Richie, who used to deal predominantly in the medium of maudlin, decided to amp up his solo superstar status after the smash hit success of 1983's Can't Slow Down with a contemporary R&B-centered victory lap.

Donning a crispy white suit, the former Commodore embraced his pop stardom as he released his third studio effort, 1986's Dancing on the Ceiling. To kick off the celebrations, Richie first unveiled the album's lead single and title track "Dancing on the Ceiling," a synthesizer-loving tune that jumps straight into an addictive '80s groove.

The song came strong-armed with a kinetic and colorful music video, which cost around $500K. The video showcased an inescapable amount of '80s fits and hairdo's in addition to cameos of a stunned Cheech Marian and Rodney Dangerfield as they discover they can dance on the ceiling.

"Dancing on the Ceiling" shimmied its way up to the No. 2 spot on the Hot 100 chart by September that year. Other Top 10 singles from the album included (US No. 9) "Love Will Conquer All," featuring Marva King's gorgeous vocals on backing and Richie's romantic R&B confessions on (US No. 7) "Ballerina Girl."

And then there was "Say You, Say Me," the other "It" song of the album. Founded on a sturdy keyboard entrance and a sparkling synth accompaniment, the moving ballad came paired with a spunky, riff-heavy dance bridge. Richie originally wrote the tune as the theme song to 1985 movie White Nights​​​​​​, and the Oscar and Golden Globe-winning song glided its way to No. 1 by December 1985.

Released on August 5, 1986, Dancing on the Ceiling climbed its way to No. 1 on Billboard's Album chart on September 26. The album, which sold over 4 million copies in the US, became the first album to be simultaneously hit silver, gold, platinum, and double platinum status.