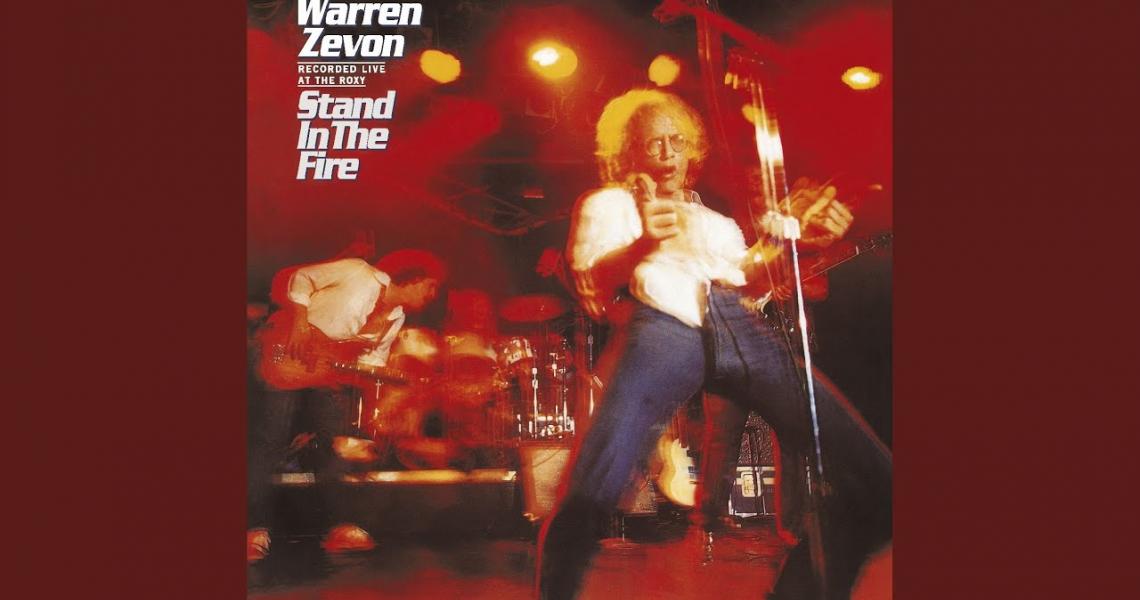 40 years ago this month, Warren Zevon brought the house down in West Hollywood while recording his first live album Stand in the Fire.

During a five-night residency at Los Angeles' Roxy Theatre, Zevon recruited Boulder, a Colorado band (whose debut included a cover of his "Join Me in L.A.)," as well as usual crew of guitarist David Landau and bassist Robert Pinto, and hit the road, ready to rumble for his Dog Ate the Part We Didn't Like tour.

Though Zevon had built a steady reputation as a drinking-man's drinking man, the cult singer-songwriter kicked his tastes for alcohol to the curb that summer. The resulting performances that were recorded and released in 1980's Stand in the Fire showcased a hungry Zevon, eager to let loose through the standalone highs of pure rock 'n roll.

With Boulder's tight backing in support, Zevon doubled down on his brilliant   songwriting skills as he poured his heart out on stage, jamming at the top of his game as a performer and entertainer. Amongst the established classics he performed those nights, including “Excitable Boy," “Lawyers, Guns and Money,” “Poor Poor Pitiful Me,” and “I’ll Sleep When I’m Dead,” he injected his signature dose of spontaneity by name-checking James Taylor and Jackson Browne in his rendition of “Werewolves of London." The tongue-in-cheek artist also rewrote the lyrics to "Mohammed's Radio" as a compelling reflection of the Iranian Hostage Crisis.

After a piping rendition fo "Bo Diddley' a Gunslinger" and "Bo Diddley," the band left the stage, the house lights dimmed and Zevon took a seat at the piano where he switched from sweaty rock to heartfelt ballads, including "Frank and Jesse James" and "Hasten Down the Wind," in a blink of an eye.  Before the final number, Zevon delivered an autobiographical introduction, saying he wrote “Hasten Down the Wind” at a time when he “was poor and strung out and screwed up. Now I’m just screwed up.”

Released in December 80, the Martin Scorsese-dedicated live album marked Zevon's first live album effort and climbed to No. 80 on Billboard's Pop that year.