April 1986: The Art of Noise and Max Headroom Link Up 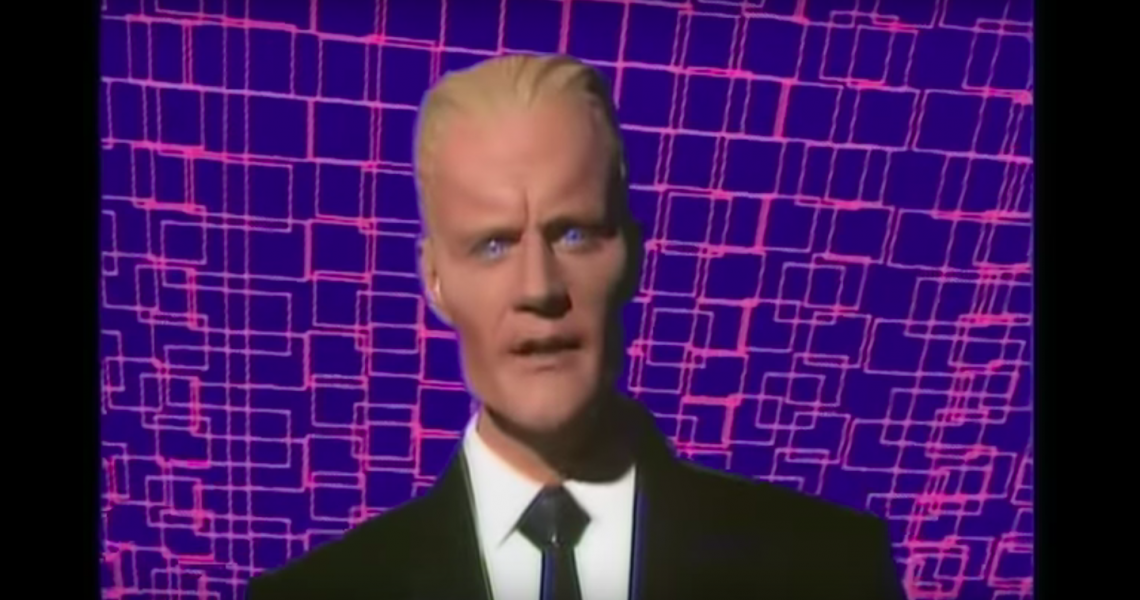 In case it's been some time since you traveled to this corner of the decade's history, The Art of Noise was a unique British dance-pop group, a collective of musicians and producers (including Trevor Horn, who produced hits for Frankie Goes to Hollywood and Yes). Horn would exit the group in due time, but not before guiding a U.K. Top 10 hit, "Close (to the Edit)," which was a Top 5 dance hit in America (preceding single "Beat Box" went all the way to No. 1 on the dance charts).

As for Max Headroom, he was a renaissance...man?...of the era: created in 1985 as a host for a British music video program, the character - portrayed by actor Matt Frewer with the aid of make-up and primitive computer effects - went on to become a pitch man for Coca-Cola's ill-fated "New Coke" recipe as well as the star of a short-lived sci-fi drama.

The Art of Noise's first post-Horn album, In Visible Silence, included a hit cover of the theme to the TV show Peter Gunn, and the follow-up was "Paranoimia" (a combination of the words "paranoia" and "insomnia"). On the single version, Max was recruited to deliver a monologue in his signature pitch-shifted, stuttering style. The track reached No. 12 in the U.K. and even managed a respectable Top 40 placement in America. (The group would have even more success with a 1988 cover of Prince's "Kiss" with Tom Jones on lead vocals.)

Headroom might have glitched out of the spotlight by 1987, but made a brief return to British television in 2007 to advertise - what else? - Channel Four's switch to all-digital signals.