After the '80s Ended, Squeeze Came Out to 'Play' 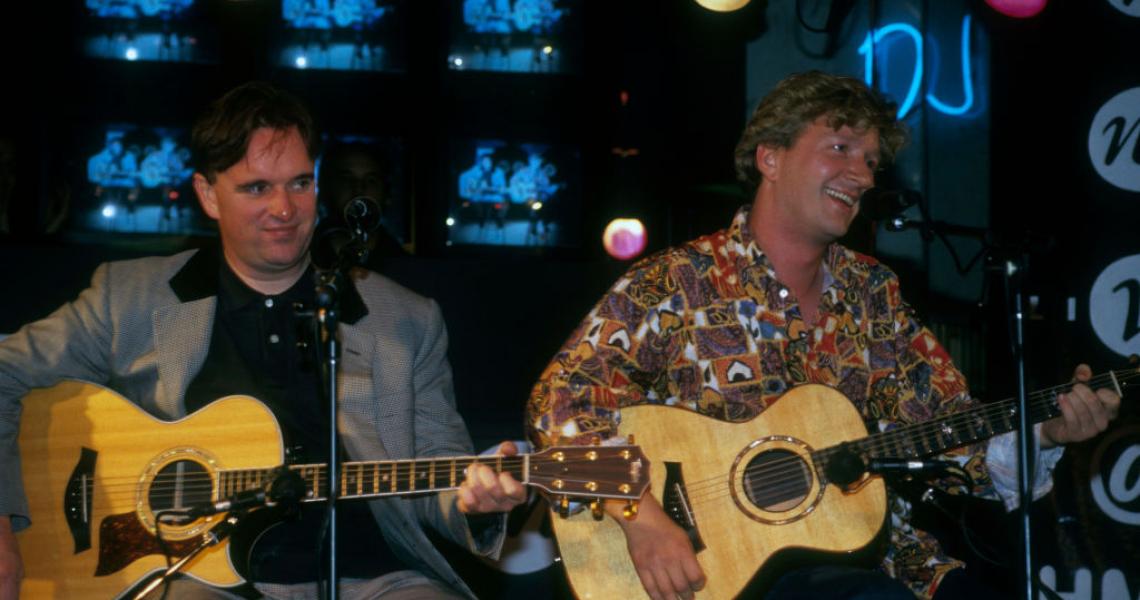 British pop band Squeeze turned out an impressive amount of cult hits in the late '70s and early '80s, like "Cool for Cats," "Pulling Mussels (from the Shell)," "Tempted" and "Black Coffee in Bed." As they exited the '80s, amid some hard times for the band, they nonetheless turned out one of their best albums ever.

Released in August 1991, Play was the band's ninth album, and the third following a brief hiatus in the mid-'80s. By now, the band were a quartet: keyboardist Jools Holland turned to television presenting while intermittently recording music, leaving singer/songwriter/guitarist Glenn Tilbrook, singer/lyricist/guitarist Chris Difford, bassist Keith Wilkinson and drummer Gilson Lavis to continue on.

WATCH: Glenn Tilbrook of Squeeze Covers The Human League's "Don't You Want Me"

This time, the band worked with producer Tony Berg, who'd recently worked with Michael Penn (brother of actors Sean and Christopher). His "No Myth" reached the Top 20 in America, and that record's quirky, poppy production was a unique match for Play, which contained a number of by-now typical but nonetheless endearing Difford-Tilbrook songs about tricky relationships ("Crying in My Sleep," "House of Love," "The Truth") and slice-of-life character studies ("Satisfied," "Sunday Street," "Cupid's Toy"). Berg and the band even invited some guests to play on Play, including accordion from Bruce Hornsby, keyboards from Elvis Costello's longtime accomplice Steve Nieve (Costello co-produced and sang on the band's most recognized tune "Tempted," and Nieve would tour with the band for a brief time), and even backing vocals from the likes of Penn and two-thirds of comedy rockers Spin̈al Tap (Christopher Guest and Michael McKean).

Like many of Squeeze's albums, Play was far more rapturously received by critics and fans than the casual record buying public. It just missed the Top 40 in their native England, and Lavis would leave the band in a year's time to join Holland's. (He was ironically replaced by another Elvis Costello sideman, Pete Thomas.) The Play era is beloved by Squeezeologists, however: songs from the album remain in live rotation to this day, and Tilbrook himself said it sparked a "renaissance period" for the band, creatively. One of the album's singles even spun off a well-treasured B-side, the lovelorn pub tale "Maidstone" - the sign of a fan favorite if ever there was one.