4 Unforgettable Scenes from 'The Great Outdoors' 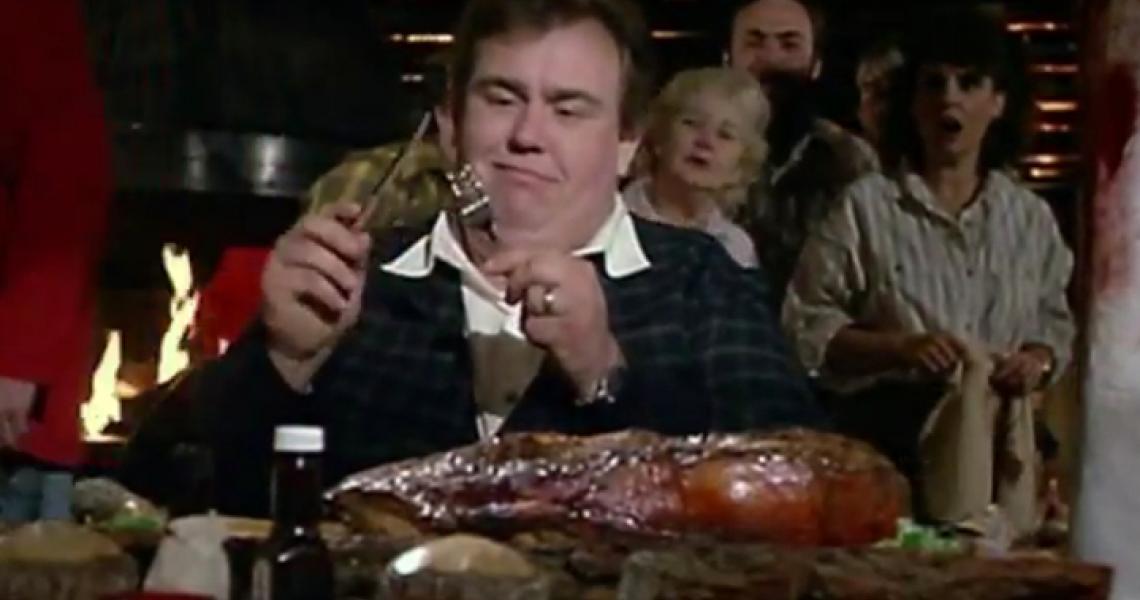 'The Great Outdoors,' the John Hughes scripted and produced film, is often overlooked amongst the blockbuster hits credited to John Hughes. But when the country-comedy movie hit theaters in June 1988, legendary comedians John Candy and Dan Aykroyd took to the stage in what would become the twenty-fifth biggest film at the American box-office in 1988.

Candy and Akyroyd take on starring roles as Chet Ripley and Roman Craig, two brothers-in-law who take their families on a summer vacation in Wisconsin, but the truth remains that Craig and his family were never initially invited. Tune in below for four of the flick's forget-me-not scenes.

The only thing greater than this raccoon scene would have to be its accompanying song, "The Raccoon Dance," an instrumental composed by Thomas Newman. As a trio of trash bandits scour through the garbage, they chitter with glee at their newfound treasures, "Lobster tails!" and a "s***load of raw hot dogs!"

3. The Two Brothers Go To Bat

There is no shortage of animals in the outdoors. Even when a furious rainstorm forces the two families into lockdown inside the house, an unlucky bat crawls his way in to take cover alongside the two miserable families. As Ripley and Craig attempt to take down the bat, the flying, furry beast lands on Ripley's face, so Craig takes his best swing at his brother's face to guarantee the downfall of the "sonar-guided rodent." He doesn't miss.

When a terrorized Ripley comes home, drenched in equal parts sweat and rain, he attempts to inform both families "Big bear chase me!" Neither his wife nor the kids take him seriously and merrily continue their meals, until a larger-than-life intruder knocks on (or rather, knocks down) the door.

Both this scene's transitions and soundtrack marinate the suspense perfectly as Ripley takes on the "96-ounce prime aged beef steak" to the shock of the restaurant's fellow diners. Ripley may be barely able to walk or breathe by the time he comes home, but there is no doubt he returns an absolute hero.