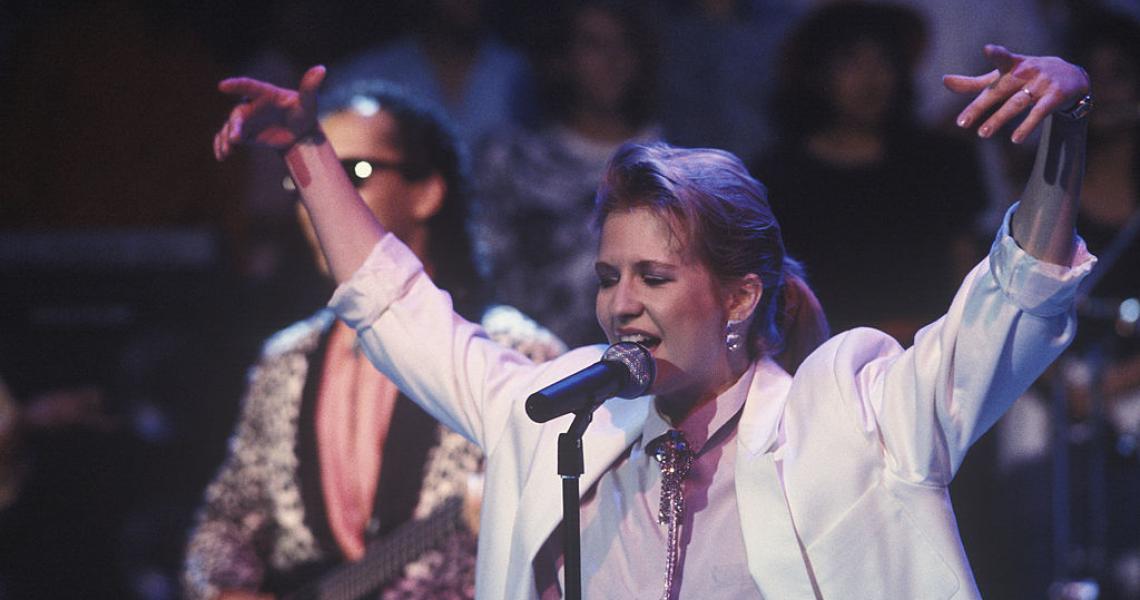 It was the summer of 1984 when Portland band Nu Shooz first recorded the song "I Can't Wait." Fronted by singer Valerie Day, the group promoted the song until it broke out on a local radio station, KKRZ-FM, en route to becoming a Top 10 regional hit in the spring of 1985.

The song popularity piqued the interest of Warner Brothers, who signed the group to a development deal in the fall of 1985. Ultimately, the label would pass on the band, telling Nu Shooz that "We've already got Madonna" (via SongFacts). Ouch.

It was in the winter of 1985 when the cavalry arrived in the form of Dutch producer Peter Slaghuis. A fan of the song, he whips up a remix of "I Can't Wait," releasing it on the Injection label. It's his remixed version that would go on to become the worldwide smash that fans know and love.

The song was such a dance-floor sensation that it landed the group a deal with Atlantic Records in January 1986. The group split recording time between Atlantic Studios in New York and Sunset Sound Factory in L.A. to produce debut album, Poolside.

The single would officially drop in February 1986, becoming a huge hit on American radio and the charts. The band performed the track on American Bandstand. "I Can't Wait" would peak at #3 on the Billboard Hot 100 on June 14, 1986. The two songs ahead of it that week: Patti LaBelle and Michael McDonald at #1 with "On My Own," and at #2, Madonna with "Live to Tell."

Nu Shooz would go on to score another another hit before the year was over ("Point of No Return"), and get nominated for the Best New Artist Grammy. The award would go to Bruce Hornsby and the Range.