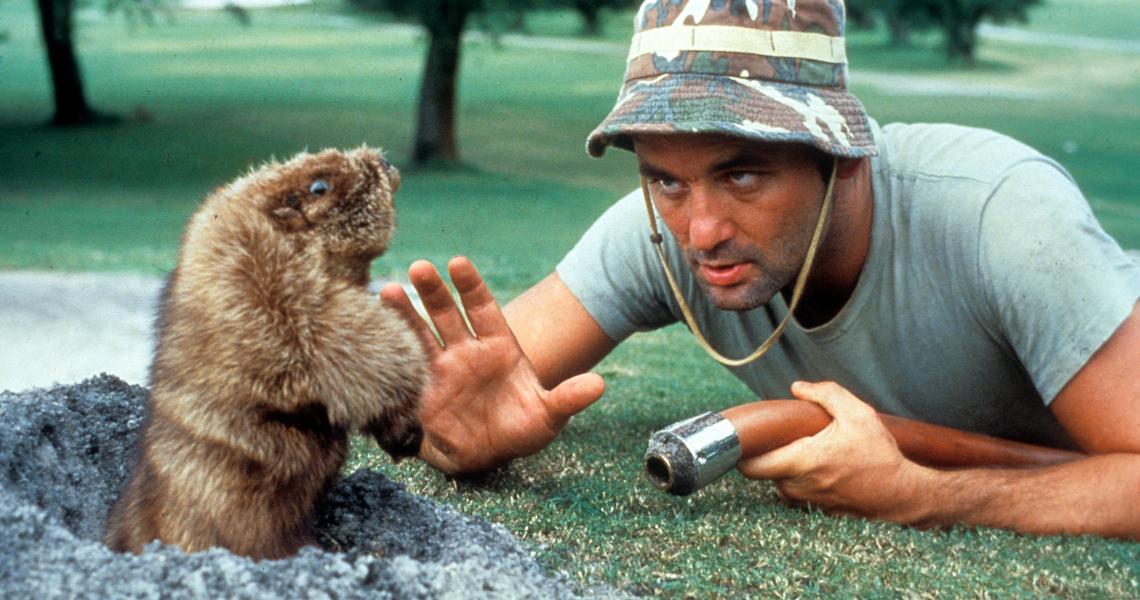 "Stop thinking, let things happen, and be the ball." Words of wisdom out on the links, and also the key to Kenny Loggins' first-ever solo Top 10 hit, released 40 summers ago.

"I'm Alright" was the upbeat theme to Caddyshack, a gut-busting ensemble comedy about a gang of slobs matching wits against snobs at a local country club. Rodney Dangerfield, The Mary Tyler Moore Show's Ted Knight, and Saturday Night Live alumni Chevy Chase and Bill Murray starred, alongside a quirky animatronic gopher caught dancing more than once to the beloved song. Ironically, the gopher graphics had yet to be finalized when Loggins was called in to see a rough cut of the film with an idea to lend his musical talents to the soundtrack. (Ultimately, he contributed four songs to the movie, including the previously released "Mr. Night" from his bestselling 1979 album Keep the Fire.)

Loggins was particularly drawn to Danny Noonan, the hapless teen caddy played by Michael O'Keefe who's mentored by Chase's bizarre golf pro Ty Webb. "It looks really banal but the music that they put behind it was ‘Gotta Serve Somebody’ by Bob Dylan," Loggins told American Songwriter in 2020. "From that, I got the idea they wanted to portray him as a bit of a rebel, even though he had not yet achieved that particular character."

The singer laid down an impressive amount of vocal harmonies on the final track, which he said represented not only Danny's struggles of enduring people telling him what to do, but Loggins' as well. "I was thinking this character has all these people telling him what to do,” he explained. "And so as the songwriter, I sort of stick in my opinion too. While you’re listening to everybody else, listen to this. Listen to your heart. And that becomes the theme that runs through the movie."

More importantly, the song established Loggins as the king of the '80s movie soundtrack. His biggest hits during the decade all came from films: 1984's chart-topping title theme to Footloose, 1986's pulse-pounding "Danger Zone" from Top Gun, 1987's soaring "Meet Me Half Way" (from the Sylvester Stallone arm-wrestling flick Over the Top), and even one more round of 18 holes in 1988 with "Nobody's Fool," the hit song to the critically-derided Caddyshack II. 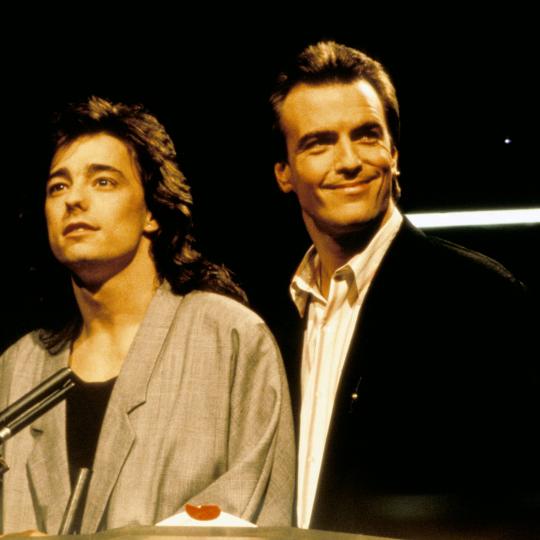 Bob King/Redferns
Don't Give the Game Away: Go West's Biggest Hits
The hottest hits from the U.K. pop duo. 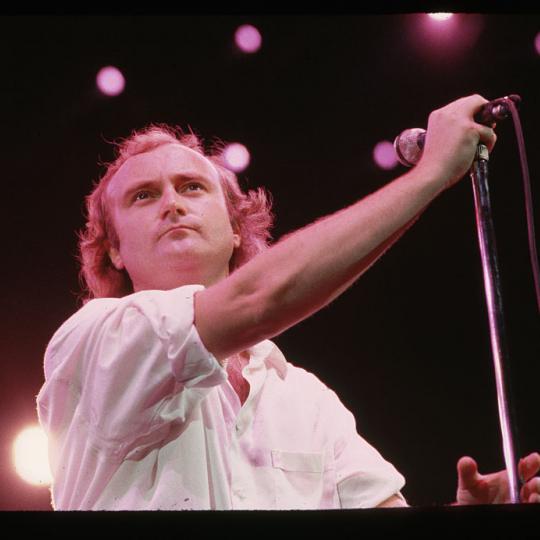