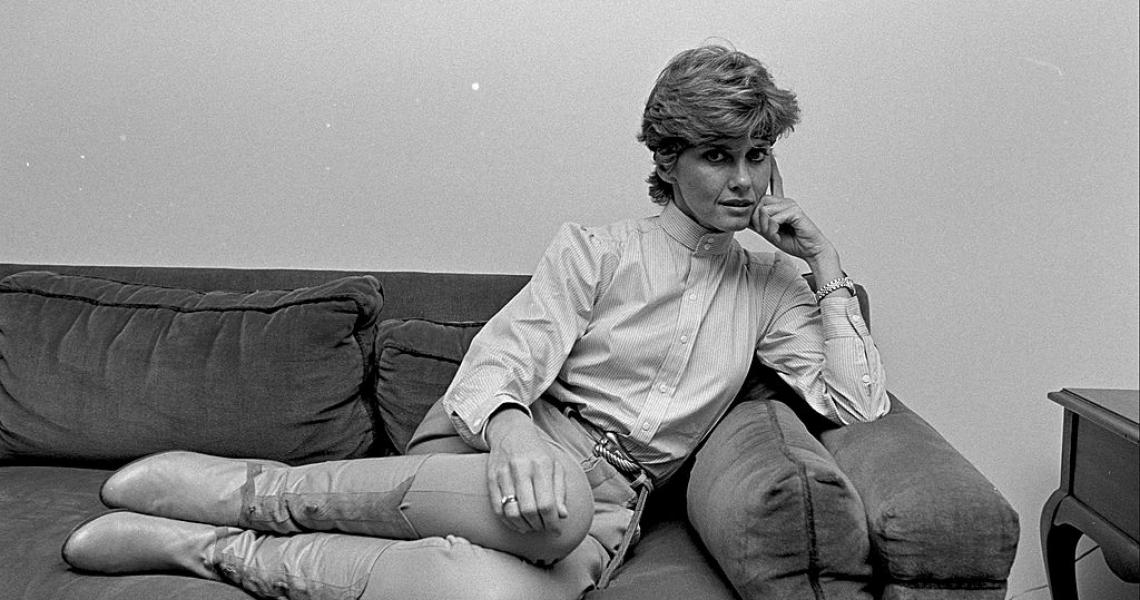 "Physical" was a viral hit for Olivia Newton-John.

It was so good that Rolling Stone described her 1981 album of the same name "[her] best album to date." And the magazine was right - both the music and videos bundled with the album transformed the world's understanding of Newton-John.

When she released "Physical" as a single in September 1981, the song climbed to the top of the Billboard Hot 100 Chart the following month, holding tight to the high throne for an impressive ten weeks straight - becoming the biggest hit of the decade. Coupled with the roaring success of "Make a Move on Me," there was no denying the fiery style and sinewy, yet sweet vocal strength of the singer, and as such, Billboard named her "Top Pop Singles Artist" of '82 (and her producer John Farrar "Top Singles Producer.")

The accompanying music video for "Physical" featured a tanned and toned Newton-John working out in a gym, surrounded by a herd of sweaty men. Visionary music video director Brian Grant explained the inspiration and creative process behind the hit music video in an interview, recalling "When it came to coming up with the idea, my partner Scott Millaney put me together with a writer, Marcelo Anciano, on a plane to Los Angeles. He put us up in a famous hotel on Sunset Boulevard called the Chateau Marmont and told us we'd be her for two weeks and that we wouldn't come out until we had written a concept for every single one of the ten tracks. This was a big task in that amount of time, so Marcelo and I threw them all up in the air, flipped a coin and split them all in half."

By sheer chance, Grant ended up with the responsibility for "Physical" and after listening to the song, he sought to spin the song's sexual flavor in a different direction, in order to "have as much fun as we possibly can with it."

The results were full of plot twists, lots of boys, and a Grammy win for Video of the Year in 1983.

Grant added, "I do remember going to Capitol Records with this as the concept and having a whole pile of executives in this meeting room... Despite everybody else kind of thinking it was a terrible idea, [Newton-John] said it was a good idea... Lo and behold, "Physical" became her biggest hit, it spent ten weeks at #1, the video went all over the place and she gained a whole new audience (including gay men) and I won the first music video Grammy ever awarded to a director. All due to throwing cares to the wind, a bit of luck and serendipity." 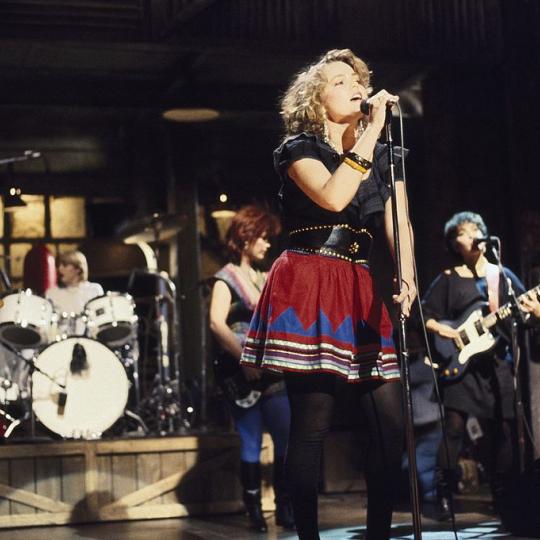 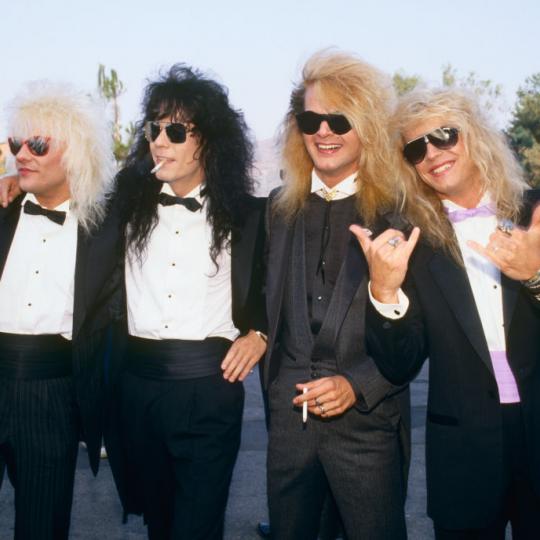 (George Rose/Getty Images)
Christmas 1988: Poison Hits No. 1 in America with "Every Rose Has Its Thorn"
Poison's single chart-topping tune peaked the day before Christmas, and stayed there into the new year. 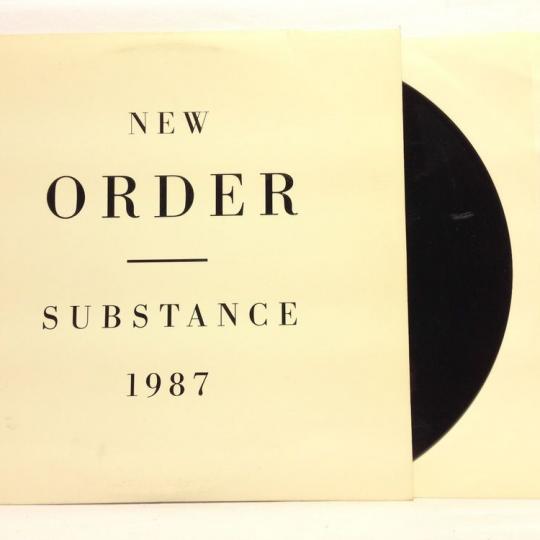