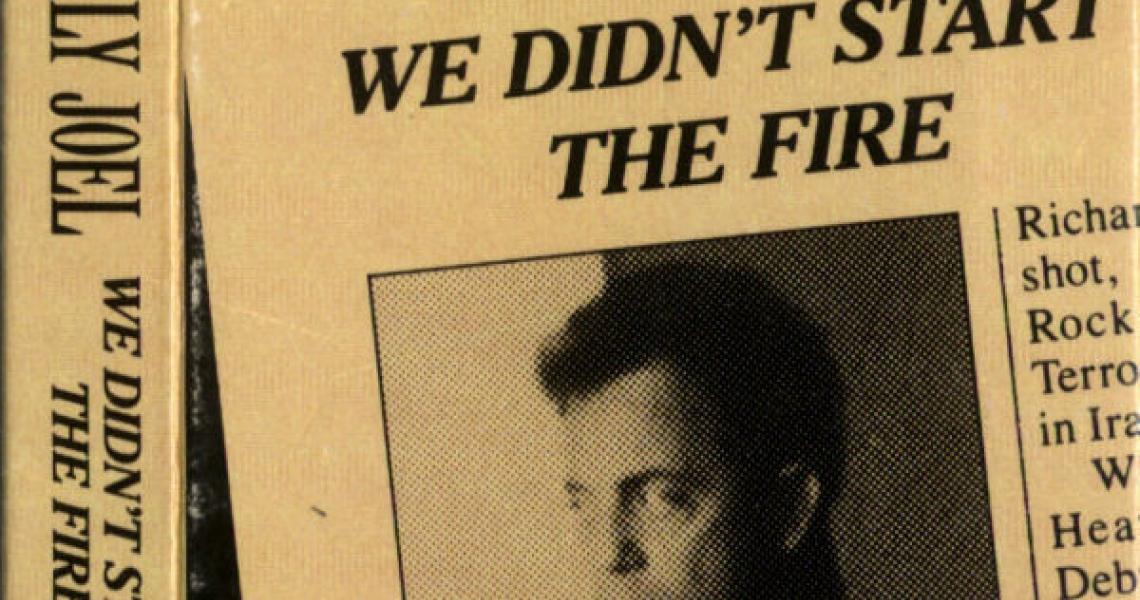 Billy Joel didn't start the fire, but he did write the quintessential "Cliff Notes for the MTV generation," as one critic described.

Released in late September 1989, the singer-songwriter released the first single from his eleventh album Storm Front, a catchy chronicle of American and world crises from 1949-1989 under five minutes. What the song lacked in musical melody, which Joel himself compared to "a mosquito droning," made up for in compressed historical catchphrases.

His last No. 1 on the Billboard charts, Joel's unorthodox single shot to No. 1 on this day in '89, where its provocative lyrics burned into everyone's mind as it sat on top of the charts for two weeks straight. The song namedrops complicated cultural moments, from "U2, Syngman Rhee, payola and Kennedy," to "'Wheel of Fortune', Sally Ride, heavy metal, suicide," wedged neatly between the repetitive plea of a chorus, "We didn't start the fire, It was always, It was always burning, since the world' been turning!"

That song’s about my life,” Joel shared with Rolling Stone. “Most of my mail I get about that song comes from teachers who have said this is the greatest teaching tool to come down the pike since 'Sesame Street,' which means a lot to me, since I once wanted to be a history teacher."

He added "But I wish people could understand that I did not write that song to be a hit," revealing his original intentions. "I wrote that one for me. And nobody liked it at first. One person in the studio said it gave them a headache.”

On a global scale, it was the ultimate song to recount the political, cultural, and historical happenings of the '80s from the lens of a man re-examining the last 40 years of his life. While the song's own outlook on the world remained ambiguous, neither very cheery nor very negative, "We Didn't Start the Fire" stood out as a wholesome self-reckoning with a generation's lowlights and highlights and in doing so, the song brilliantly shed light on the ephemeral nature of life, uniting a generation with both its past and present, while educating a future generation. 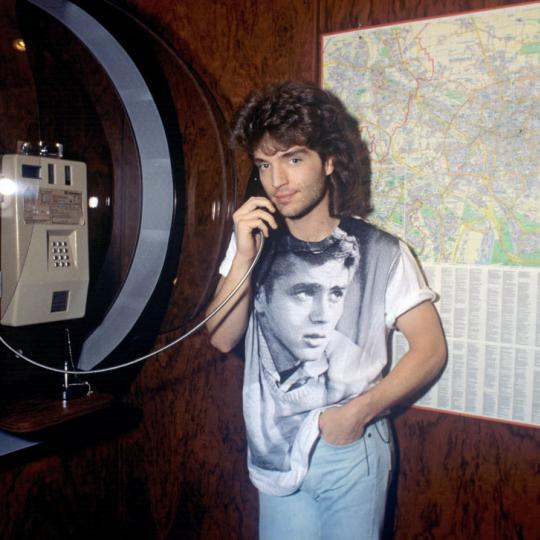 (Fryderyk Gabowicz/picture alliance via Getty Images)
May 1987: Richard Marx Debuts with "Don't Mean Nothing"
Marx hit the scene hard with his first single, featuring Joe Walsh of the Eagles on guitar.