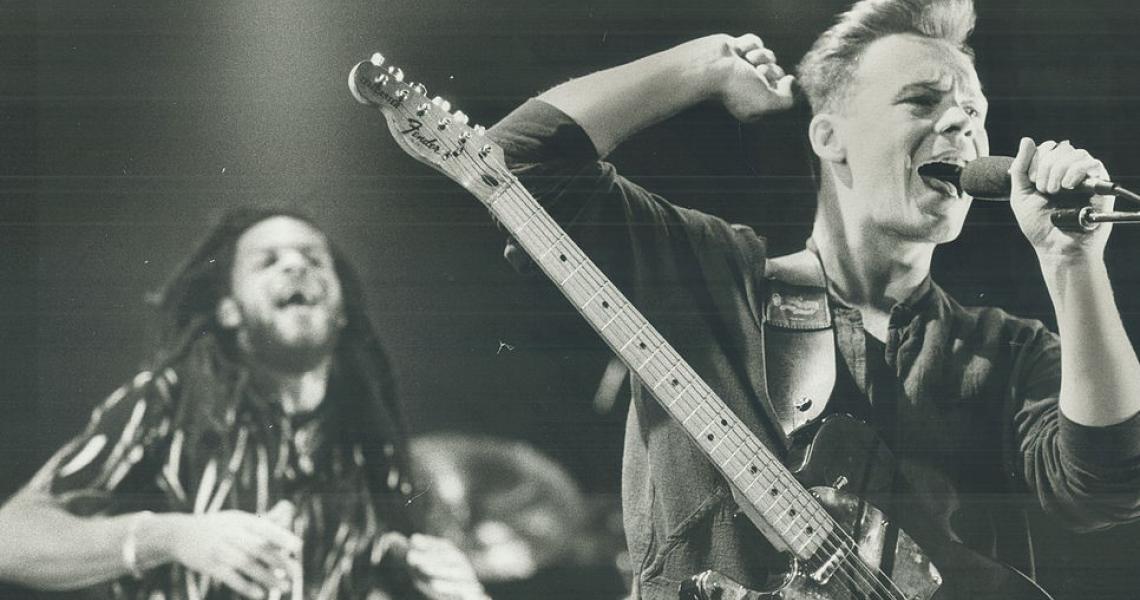 It's by far British band UB40's most popular and well known song: "Red Red Wine." The song was originally released by the reggae act on August 8, 1983, as the lead single from their breakthrough album, Labour of Love, which followed in September of the same year. It's a song that took a long and winding road to #1 on the Hot 100. Let's connect the dots with five fun facts.

1.UB40 didn't realize they were covering Neil Diamond when they recorded "Red Red Wine"
"Even when we saw the writing credit which said 'N Diamond,' we thought it was a Jamaican artist called Negus Diamond," said Astro, the group's former vocalist and trumpet player, to the Daily News. The song was a hit in the band's native UK, soaring to #1 on the singles charts.

2. "Red Red Wine" barely made a ripple in America when first released
While the tune enjoyed spins mostly on college and underground radio, UB40's take on "Red Red Wine" was able to crack the top 40 in America, climbing as high as #34 in March 1984.

4. A radio programmer in Arizona revived "Red Red Wine" in America
Inspired by UB40's performance at Nelson Mandela's birthday party, Guy Zapoleon of Phoenix, Arizona radio station KZZP added the full version of "Red Red Wine," complete with Astro's rap intro, to the station's playlist in June 1988. When it topped KZZP's local charts, the band's label took notice. Interestingly enough, the band was ready to release Labour of Love II when the label asked them to push it back while they relaunched "Red Red Wine" in America. The whirlwind promotion sent the tune soaring to the #1 spot on the Hot 100 for the week of October 15, 1988. It was replaced on the following week's chart by Phil Collins' "A Groovy Kind of Love."

5. Neil Diamond is a big fan of UB40's version of his song
It was during a Reddit AMA when Diamond revealed his love for the reggae version: "Still my favorite covers are UB40's version of 'Red Red Wine' and Frank Sinatra's version of 'Sweet Caroline.' Right up there with them I'd put Urge Overkill doing 'Girl, You'll be a Woman Soon' in the movie Pulp Fiction."